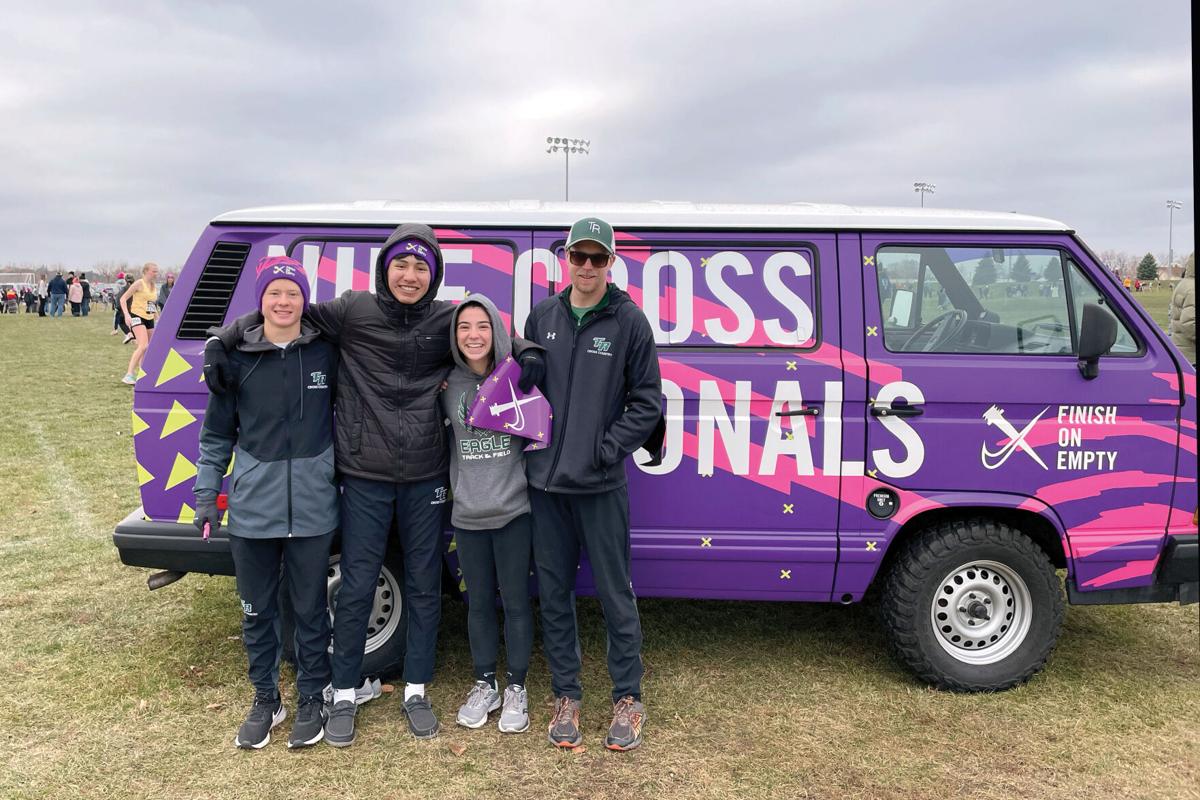 From left, Tongue River’s Wyatt Ostler, Al Spotted, Maddy Hill and head coach Laine Parish stop for a photo at the Nike Cross Heartland Regional meet Sunday, Nov. 14, 2021, in Sioux Falls, South Dakota. Spotted and Ostler each finished in the top 85 in the boys race featuring more than 1,200 runners while Hill placed 73 on the girls side. 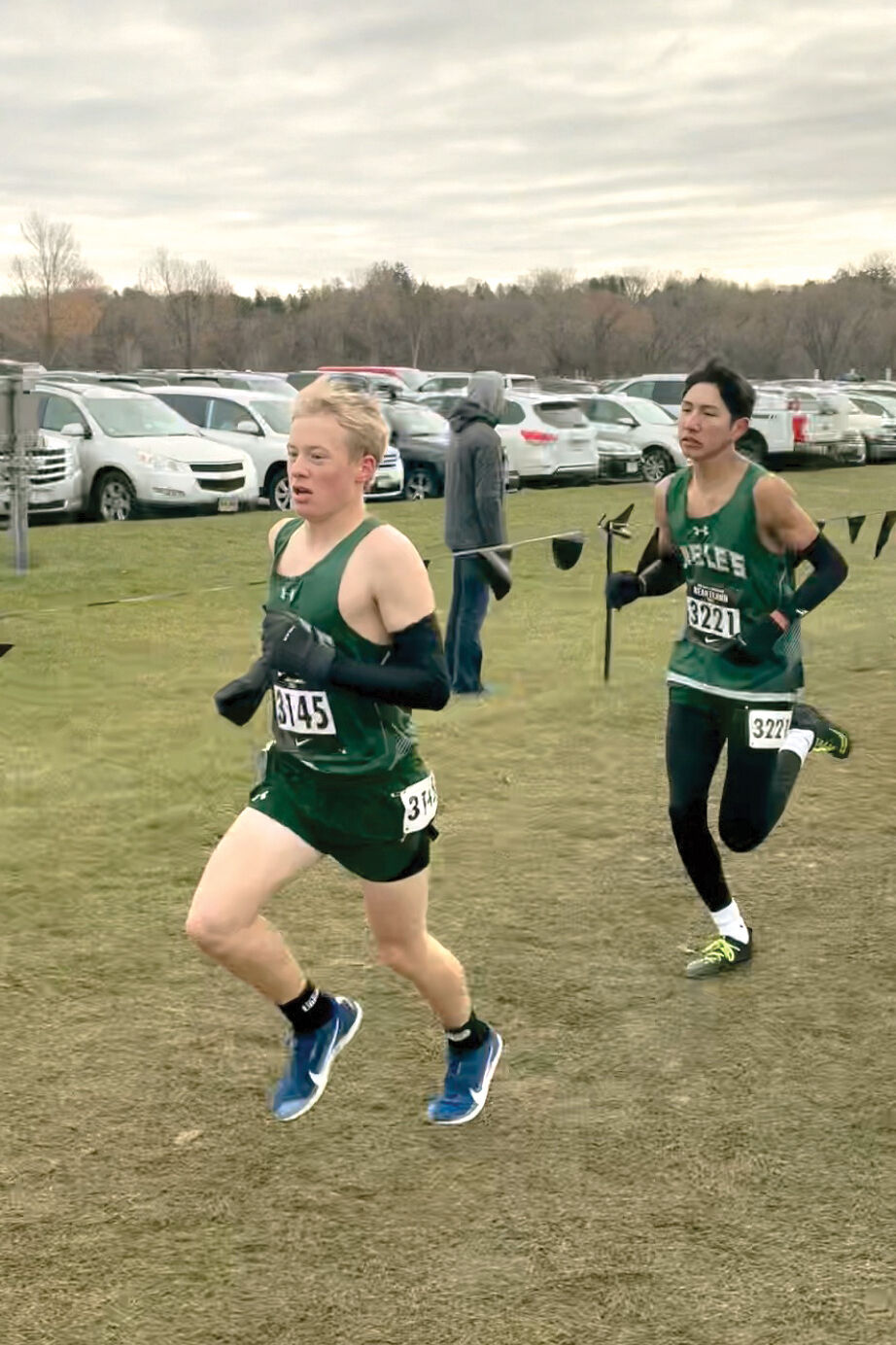 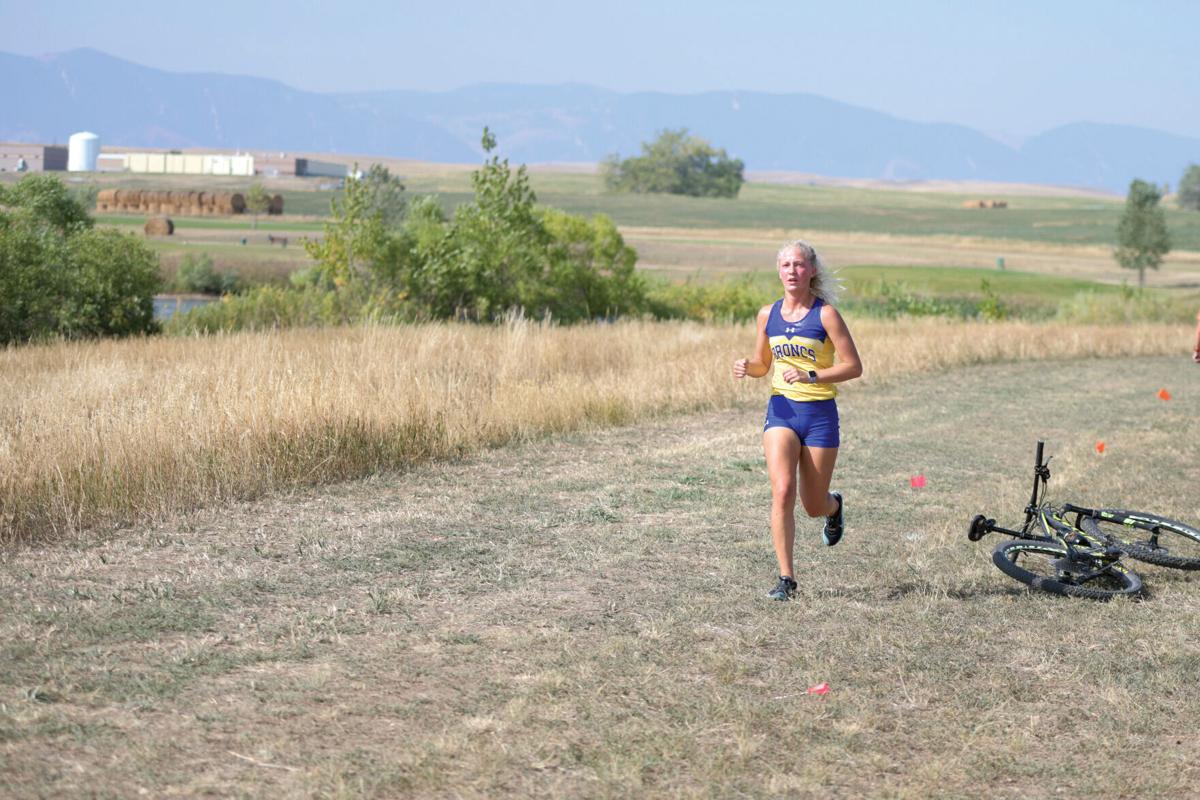 From left, Tongue River’s Wyatt Ostler, Al Spotted, Maddy Hill and head coach Laine Parish stop for a photo at the Nike Cross Heartland Regional meet Sunday, Nov. 14, 2021, in Sioux Falls, South Dakota. Spotted and Ostler each finished in the top 85 in the boys race featuring more than 1,200 runners while Hill placed 73 on the girls side.

But they asked for and received permission to head to Sioux Falls instead, and South Dakota worked out just dandy for them.

Nike hosts meets in eight regions. Wyoming belongs to the Northwest region, which holds its event in Boise, Idaho, but Sioux Falls, South Dakota, is closer and easier to get to from Sheridan. So Baures and Parish entered their teams into the Heartland Regional against schools from states like Wisconsin, Minnesota and the Dakotas.

“We went to get our guys and gals another race,” Baures said.

Its varsity boys team placed 18th out of 50 schools, and top scorer Austin Akers was 31st out of more than 1,200 runners. The varsity girls didn’t have enough athletes to qualify for a team grade at the meet, but Ella Kessner finished first among the Lady Broncs and 151st out of 843 overall girls competitors.

The Lady Broncs’ Rising Stars team, comprised of eighth-graders and high-school freshmen, beat 16 other teams to win the race for that age bracket.

“I would say watching the girls win that race was definitely one of my favorite moments,” Baures said. “It’s a pretty prestigious thing, and to win it was pretty cool.”

Tongue River’s Al Spotted and Wyatt Ostler ran on the boys side, and 2021 2A state champion Maddy Hill participated on the girls side.

Hill took 73rd out of 843 competitors and broke her own school-record time, becoming the first Lady Eagle to eclipse 20 minutes in a 5K (19 minutes, 57 seconds).

“It is a great way for these kids, since they are in 2A Wyoming, to show how they can run at the national level,” Parish said.

Parish said most college-bound cross-country runners take part in postseason meets like these. Baures, whose teams have traveled to Boise or Sioux Falls many years in the past, agreed.

“The more exposure kids get to big meets like that, they’re less intimidated when they go into a college or higher level of competition,” Baures said. “We feel it’s really benefited a lot of our kids. So far just this year, our graduates have had really good seasons at their colleges … I feel like, if we didn’t do these things, they really wouldn’t have that awareness and have those goals that reach that high (to run in college).”

Even though they were allowed into the Sioux Falls meet and had a good, fun showing there, Baures told his team he wants to earn spots in the championship races in Boise next year.

To qualify, teams have to either win or put up a really close second-place time at their state meet in October. Sheridan and Tongue River ran in the open races this year, where anyone in the region — or with special permission — can enter.

“That’s a motivator,” Baures said, “for our boys team and our girls team going forward.”