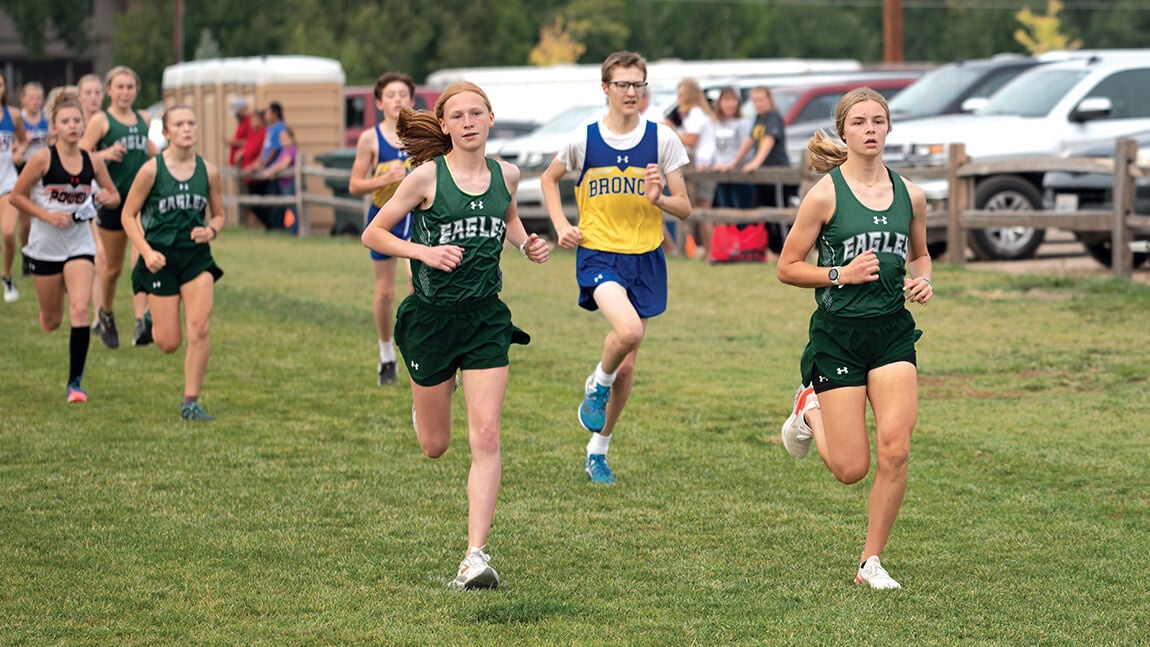 Tongue River freshman Addie Pendergast, left, and senior Grace Sopko race at Black Tooth Park as part of the Michelle Ludwig Invite Friday Sept. 18, 2020. Pendergast and Sopko started running for the Eagles this year and push each other to get better. 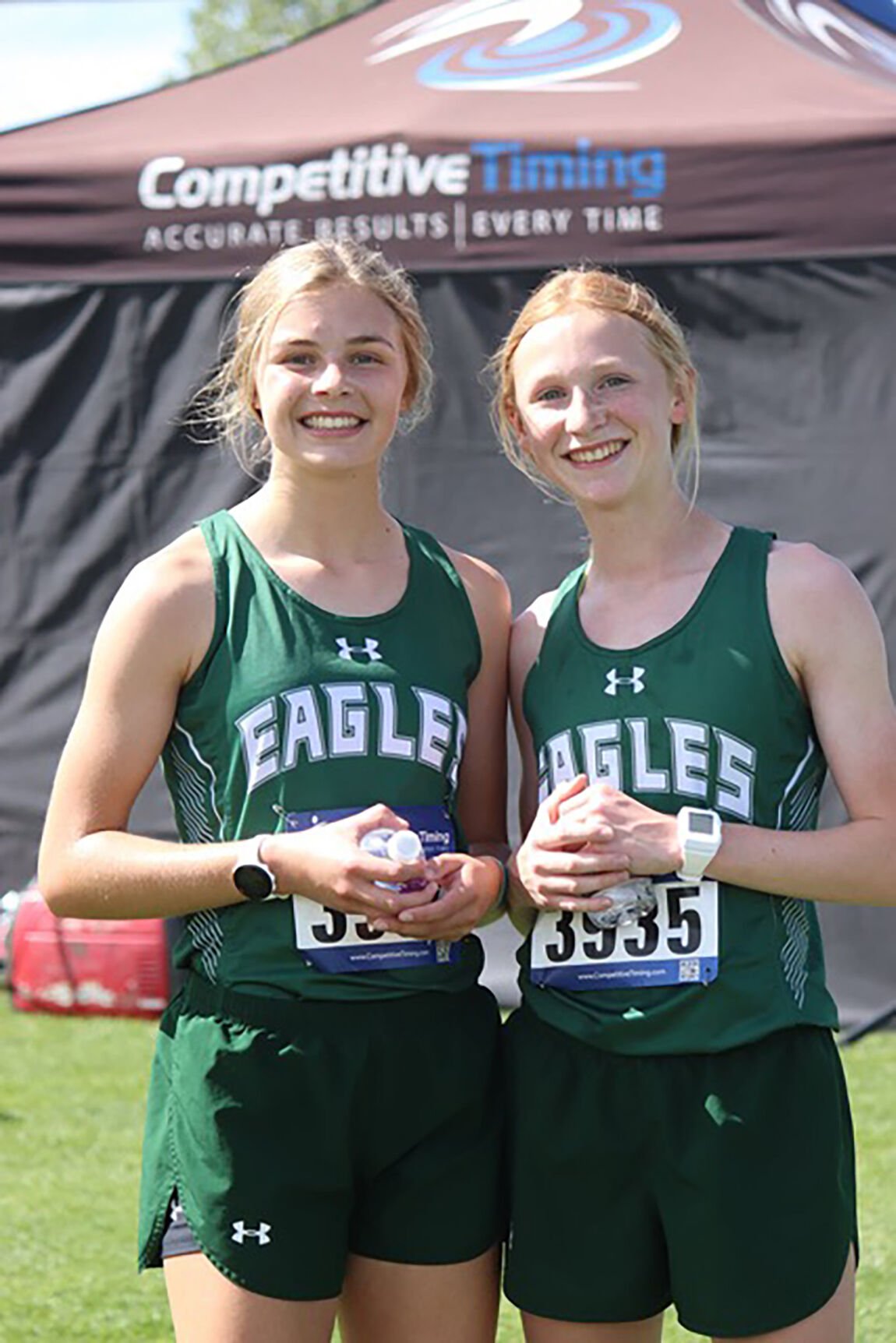 DAYTON — Senior Grace Sopko and freshman Addie Pendergast likely wouldn’t have been friends if it wasn’t for the Tongue River High School cross-country team. But the pair approaches their first year running for the Eagles with identical intense competitiveness.

Pendergast started running in sixth grade because she preferred the sport over volleyball, while Sopko played golf in the fall for the past two years but, because she ran regularly as part of her summer workouts this year, Tongue River’s coaches encouraged her to put her running work to use competitively.

During the cross-country team’s summer workouts, the duo quickly found out they ran at the front of the pack. Maze said the team’s goal is always to shrink the time gap between teammates and pair runners with each other to help with pacing and tempo, and Sopko and Pendergast were an obvious pair — not only because of their similar mile splits but also because of their edge.

The pairing has led to one-two finishes at every meet the Lady Eagles competed in so far this season — when Pendergast or Sopko crosses the finish line first for Tongue River, the other finishes close behind.

Most recently, Pendergast and Sopko finished fourth and fifth, respectively, at the Glenrock Invite last Friday. And the pair hopes to replicate their one-two punch at Tongue River’s 2A East conference meet this Friday.

Though Pendergast tends to start and finish her races strong and Sopko prefers to run more consistently, both admit they’re still figuring out the best way to compete with each other and for the Eagles. But their competitiveness surfaces when they talk about refusing to signal to the other to slow down during a race, thus pushing each other to faster finishes.

For all their similarities, Maze recognizes differences in the two.

Sopko adds poise and mature leadership to the Eagles’ team, setting a “tremendous” example, per Maze, about how one handles themself as an athlete and competitor. Pendergast brings “undying energy” and understands how to “turn yourself inside-out in your effort” during competition. Both make their teammates better.

Their complimentary athletic competitiveness subsides when asked to pick a favorite memory and describe each other. Sopko jokes the pair doesn’t actually get along before choosing the Big Horn Invite as her favorite moment with Pendergast, where Sopko ran a 20.28:59 and Pendergast ran a 20:27.77 to both break the school record within seconds.

Then Pendergast answered the second question without missing a beat.

“Grace is a really hard worker, and she always pushes me to get better,” Pendergast said.

“I would say the same for Addie,” Sopko said. “She’s also really determined.”

Sopko shared a story about the team running 1,000-meter repeats on the track and the pair having to hit specific splits. The senior remembered Pendergast suggesting they stick with one of the faster boys on the team.

“I was like, ‘Addie, he’s going a lot faster than us,’” Sopko said, and both runners laughed. “And she was like, ‘I’m going to try to stay with him.’ So, she’s really determined.”

Maze, who’s been coaching for 35 years, has witnessed senior-freshman friendships before, but admitted Pendergast and Sopko’s relationship is special. Sometimes seniors shy from fast younger teammates in case it jeopardizes their success, but Sopko encourages Pendergast and serves as a role model, while Pendergast contributes running experience to the relationship.

And the Lady Eagles possess no semblance of egos and carry themselves similarly.

“They are both just the greatest people,” Maze said. “It’s cool for us that they’re great athletes, but if I had to pick a great person or great athlete, I’d pick great person every time, and they’re just tremendous.”

“We probably never would have expected that [friendship],” Sopko said, “if it weren’t for cross-country.”