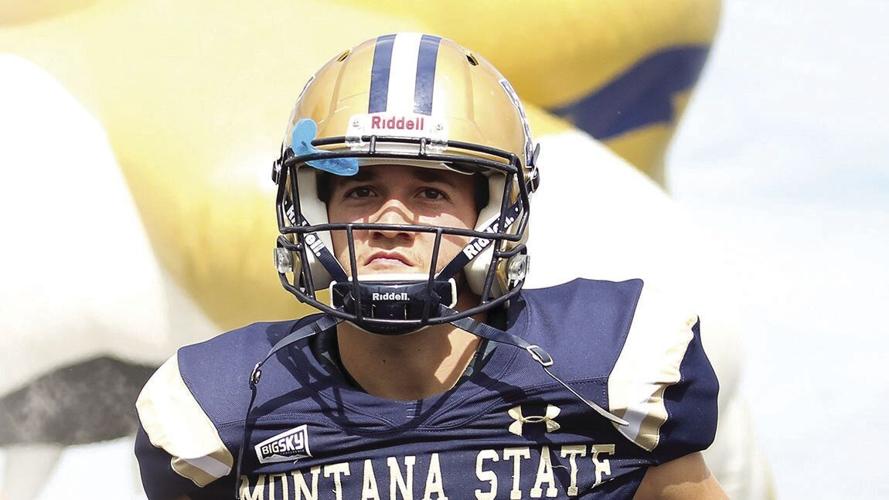 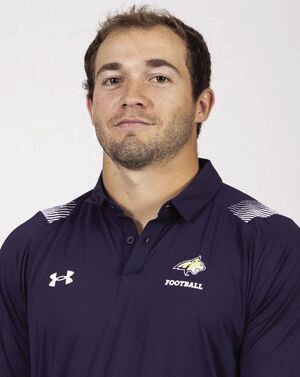 Fromer Sheridan Bronc football player Coy Steel has played a pair of games since missing 13 months due to an injury. 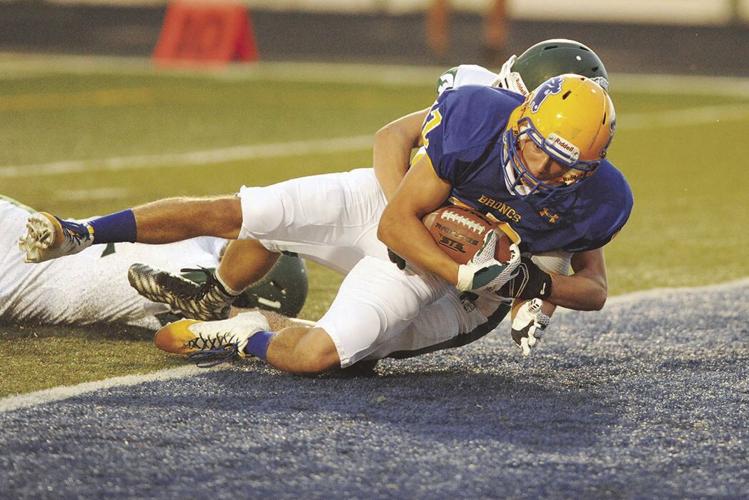 Fromer Sheridan Bronc football player Coy Steel has played a pair of games since missing 13 months due to an injury.

BOZEMAN — After a 13-month football absence due to injury, it was time to forget the past and go make a play.

Coy Steel, a former Sheridan High School football player and current senior at Montana State, made the first tackle of the game he returned Nov. 5. The Bobcats kicked off to Northern Arizona in Flagstaff and Steel capsized the return man at the Lumberjacks 25-yard line. Steel was named Montana State’s special teams player of the week in the Bobcats 41-38 win.

“I've played on special teams for a lot of my career and it’s something I take pride in,” Steel said. “It’s something I enjoy doing. There was kind of that sense of accomplishment and pride and being able to have put myself back into the position to be able to do so.”

The injury that sidelined the former Bronc occurred Sept. 25, 2021, when the Bobcats were on the road facing Portland State. Steel caught the ball on a punt return in the third quarter. He ran down the field and toward the sideline, then a Portland State defender grabbed his legs from behind to bring him down. Steel instantly grabbed his left knee. He yelled, screamed and shed tears. He was helped off the field by the training staff. Shortly after, Steel was informed he had ruptured his patellar tendon. The injury was spurred on by tearing his ACL his junior season at Sheridan. Steel tore his left ACL and doctors used his patellar tendon to graft his ACL. It never fully healed, which led to his injury at Montana State.

Steel had surgery performed the day after the game and doctors were transparent that it would be a year or longer recovery. A month later, he underwent a second surgery to reduce the possibility of infection. For six weeks, Steel’s knee was locked straight to reduce movement. He had physical therapy treatments twice a week. He watched from the sidelines in street clothes as the team advanced, but lost in the Football Championship Subdivision national title game.

Steel said he was more knowledgeable  on how to recover from an injury this time since he’d already gone through a similar injury in Sheridan.

“I was 16 or 17, at the time,” Steel said. “I have a better idea of the road that it takes. I played baseball, around six months after the injury. I probably wasn't quite ready to do that. I probably would have benefited from a longer recovery, and maybe could have avoided some of the stuff that came afterward.”

Steel admitted a part of him thought about hanging up the cleats for good, but ultimately his love of the game won over. This is his last season of eligibility.

“I definitely did consider being done and just kind of moving on,” Steel said. “But I guess there was enough of me that felt like I could get back to it and be healthier than I had been for a little while.”

Steel said he felt like he’d have more regrets not returning to the gridiron, than if he returned and got injured again.

“I didn't really want to get five or six years down the road and wish that I would have tried to come back,” he said. “I figured while I had the opportunity, it wouldn't hurt to at least make an effort.”

Steel’s football efforts as a Bronc are something still remembered and cherished by those involved.

“He was the ultimate competitor,” former Sheridan head coach Don Julian said. “He’s one of those guys that just refuses to lose. And that's the way he competed on a daily basis. He never took a play off. He always was going as hard as he could go. And he's one of those guys that, as an underclassman, held upperclassmen accountable. Very few high school kids have that kind of leadership and have the courage to hold upperclassmen accountable.”

Injury aside, Steel has loved his time in Bozeman at Montana State.

I wouldn't trade it for anything,” Steel said. “I learned a lot and made a lot of good relationships. I've really just grown up here with the support of teammates and coaches, friends and family. The location, the people, the support from the fans, the community is second to none. I mean, you can't beat it. There's 20,000 screaming fans in our sold out stadium every week.”

Montana State will have no shortage of hype this Saturday, Nov. 19. The Bobcats will have ESPN’s College Gameday on campus, which is the first time a Big Sky school has hosted. The show that pulls in an average viewership of 2.1 million will shine a light on the Montana State vs. Montana rivalry that’s called the “Brawl of the Wild” by fans. The get-in price on secondary ticket sites is $308 per ticket. Kickoff is at noon.

“Where else is there that kind of passion at this level in college football? Nothing comes close to it around this area of the country. It’s an honor to be a part of,” Steel said.

The game is something Steel and the rest of the team are pumped to compete in.

“I think the hype for this game is the same every year, no matter what. We could both be last place in the conference and it's still going to matter to the people that know and understand what this game is about,” Steel said. “College Gameday is going to let outsiders experience it for the first time. But it’s something that you probably can't understand until you've been a part of it. I’m really glad that I get the opportunity to participate in it again.”

Saturday’s rivalry game is the last game of the regular season. From there, Montana will host at least a pair of playoff games. The Bobcats hope to finish the postseason on top Jan. 8 in Frisco, Texas.

Justin Hunter is a reporter at The Sheridan Press.

Justin Hunter is a reporter at The Sheridan Press.