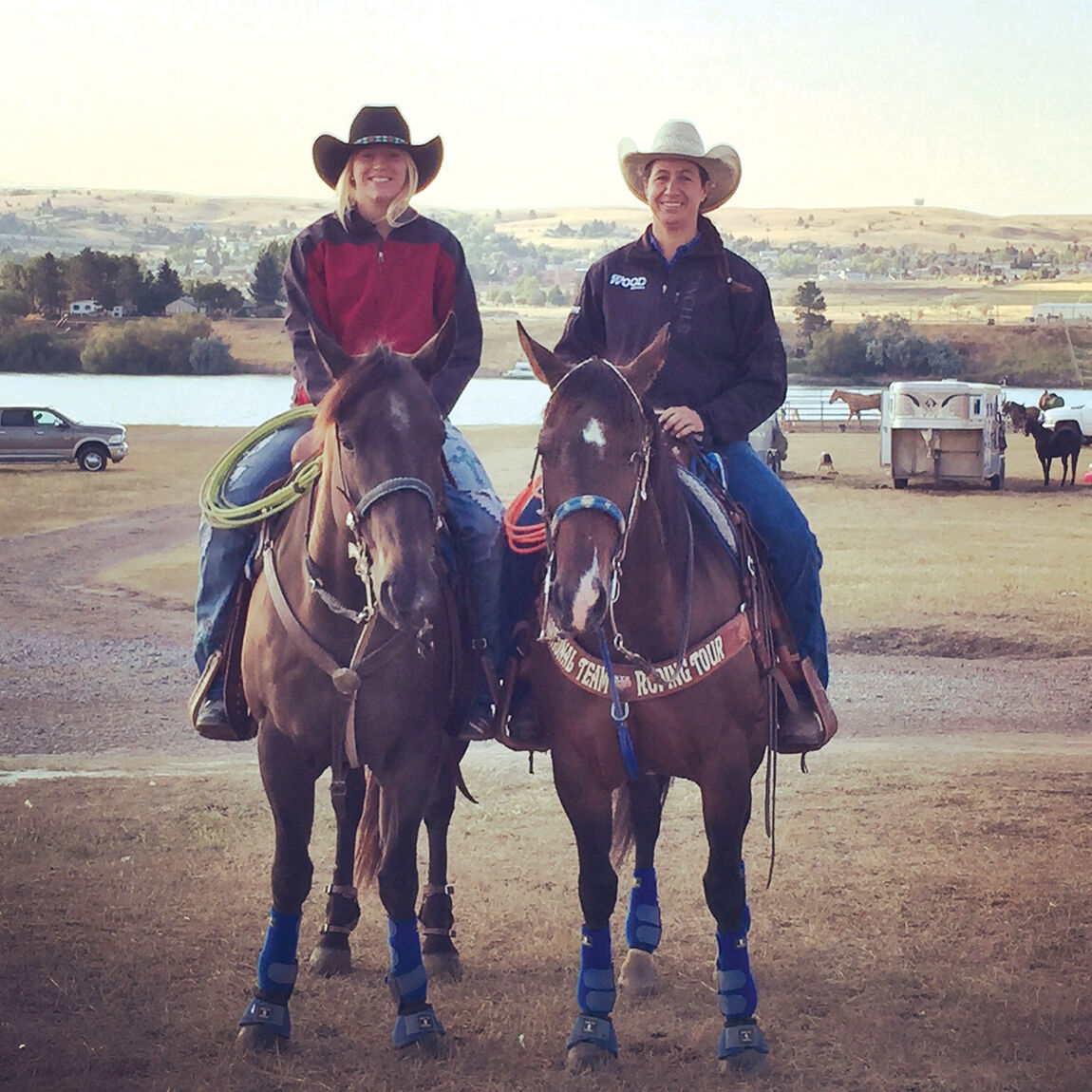 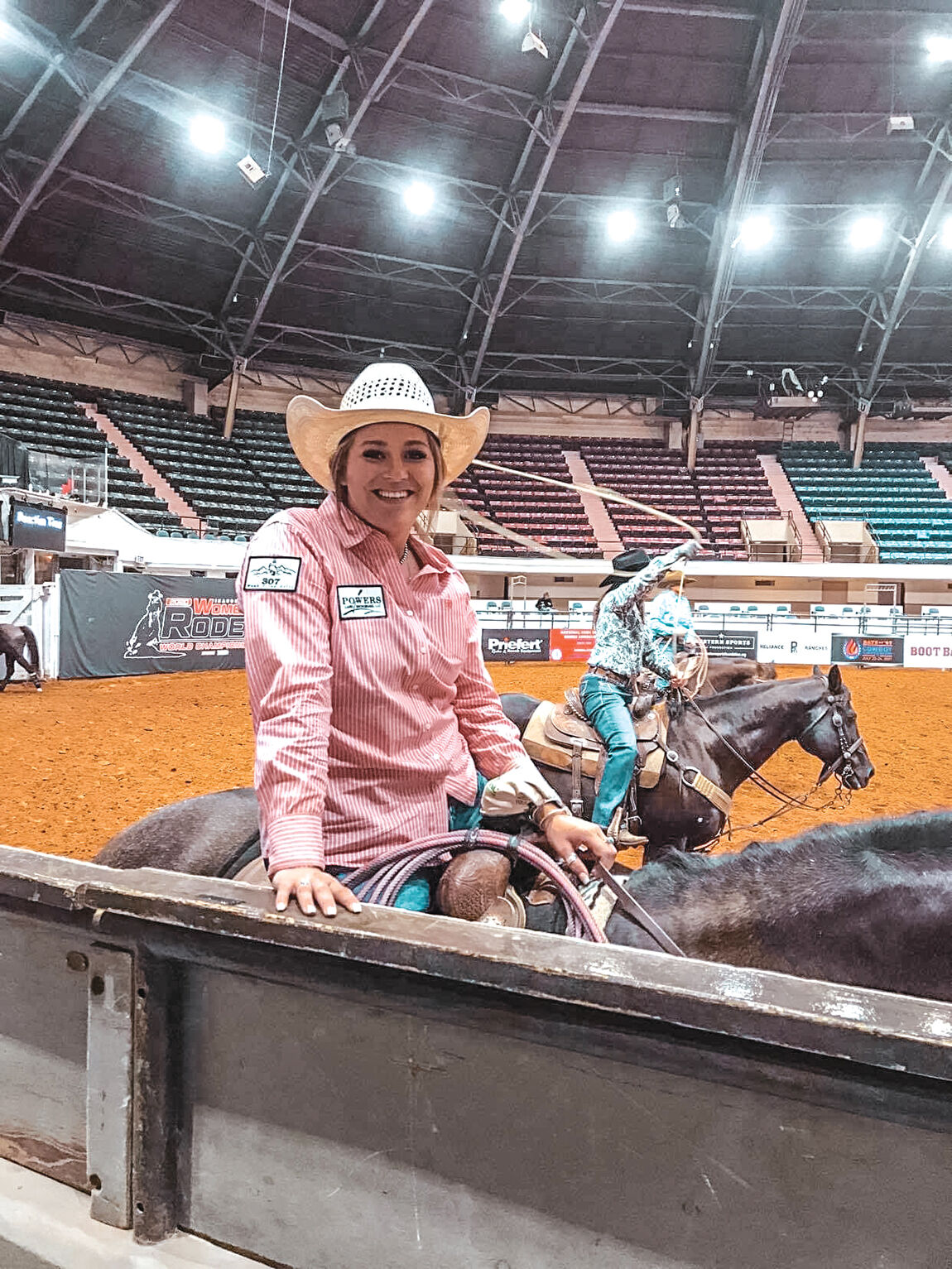 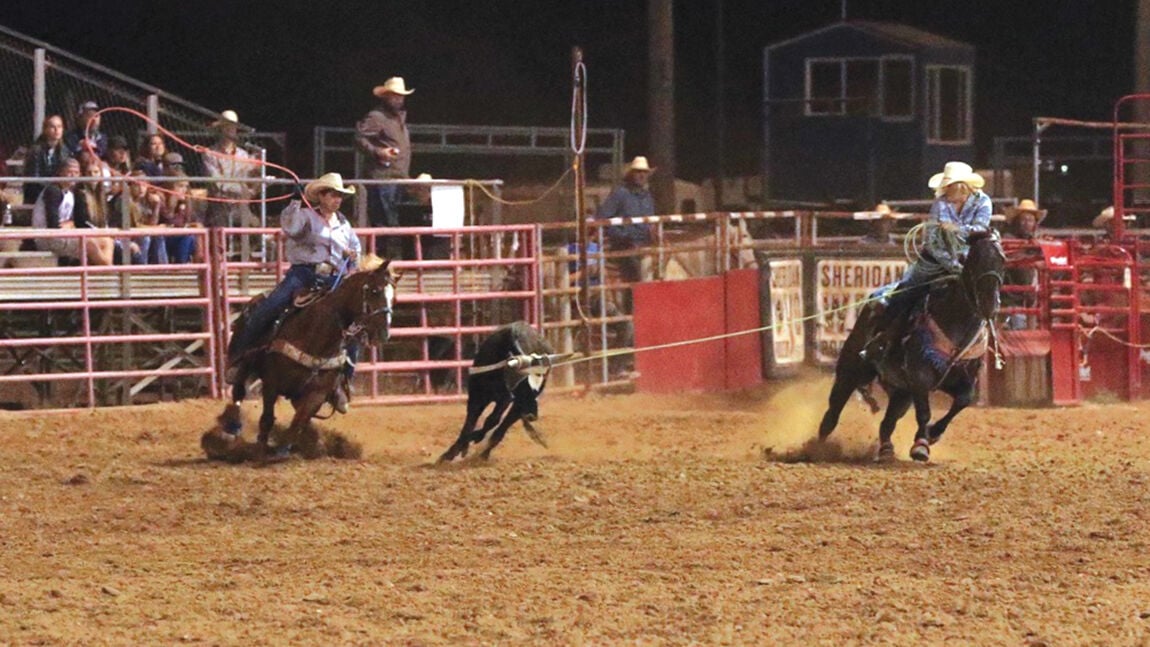 SHERIDAN — Tamara Mann remembers roping with her son Weston and daughter Shelby at an Indian Rodeo. She finished just faster with her daughter than with her son, recalling the times clocked only three-hundredths of a second apart.

“That was pretty special,” Tamara said.

Competing at the first-ever Women’s Rodeo World Championship in Fort Worth, Texas, with Shelby last Thursday proved equally as special. Tamara said the pair’s priority had been to enjoy themselves during the competition and, though admittedly nervous, Tamara’s excitement outweighed any nerves.

Shelby shared the sentiment, saying it was enjoyable to see and experience the opportunity for rodeo women to compete in the predominantly male event of team roping at one of the highest levels.

“There’s a lot of really bada-- women that are great at [team roping] too,” Shelby said. “So, to have chances for us to compete at a high level, it was really cool.”

From before Shelby could remember she’s ridden horses, and Tamara said she led the now 24-year-old around barrels when she was tiny. Rodeoing has long been a part of the Mann family’s lifestyle, as Weston and father Barry rodeo, as well.

Tamara grew up in Colorado and showed quarter horses before moving to Wyoming and turning to rodeo. She’s always loved everything about rodeo — the horses, the competition and riding with family and friends who have become family.

Originally preferring barrel and pole racing, Shelby resisted team roping at first. The Sheridan native rodeoed at local cowgirl rodeos when she was young, then participated in Wyoming Junior Rodeo Association rodeos. But the chance to team rope with family and the more relaxed nature of team roping prompted Shelby to try the event in high school.

After seeing success as a high school competitor, Shelby attended Northwest College in Powell for two years. She barrel raced and breakaway roped, then went to Idaho State for two years to continue rodeoing on the club team. In 2018, Shelby qualified for the College National Rodeo Finals in team roping.

But competing with her mother has always been special to Shelby, especially because Tamara’s shared her knowledge about the sport and horses, in general, with Shelby.

“She’s just a very good horseman,” Shelby said. “She’s taught me everything I know about that. She’s a lot better than I am, but I get a lot of [my knowledge] from her.”

At the WRWC last Thursday, Tamara rode Duramax Deluxe, a horse she trained and owns. Shelby rode her “go-to” horse Stetson that Tamara had originally trained to sell, but the family fell in love and kept him.

The Manns qualified for the competition in Fort Worth by participating in local rodeos at various venues during the summer to make it onto the World Champions Rodeo Alliance leaderboard.

After finishing fifth in the first round, the team became part of the “Elite 18” then part of the “Top 6” to compete in the WRWC’s team roping main event. Though three mother-daughter teams competed in Fort Worth, according to Tamara, the Manns were the only family duo to qualify for the main event and finish in the top 24.

Shelby admitted she rides as a stronger header than heeler, while Tamara’s experience and talent as a heeler showed at the WRWC. The mother and daughter have always been close, and Shelby said they share the same outgoing personality on and off horseback.

As has been the case for the Mann family for years, Tamara and Shelby reveled in the opportunity to travel and compete together on family horses, regardless of the outcome.

“We had put it in our mind to really go down and enjoy ourselves,” Tamara said. “We had our ups and downs down there, didn’t quite make it as far as we wanted to, but we were d--- close.”