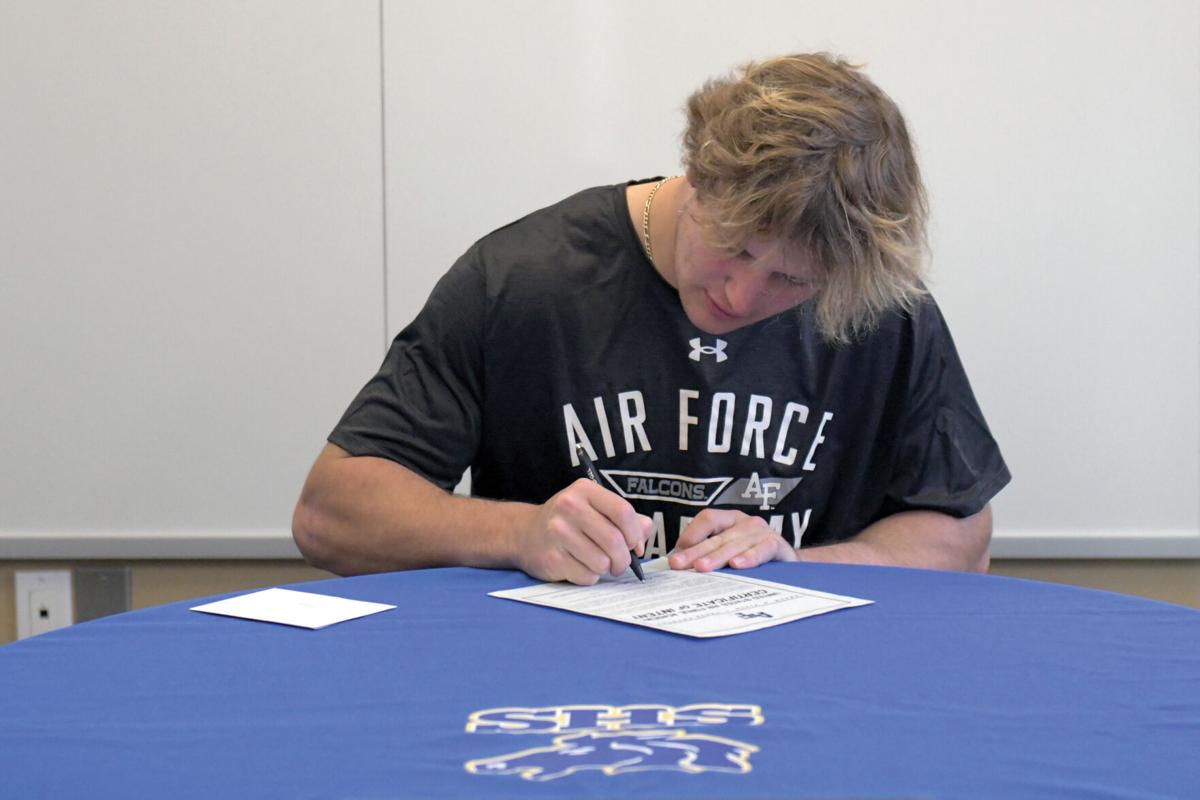 Texas Tanner signs with the Air Force Academy Wednesday, Nov. 10, 2021, at Sheridan High School. Tanner will compete as a thrower on Air Force's track and field team beginning next year. 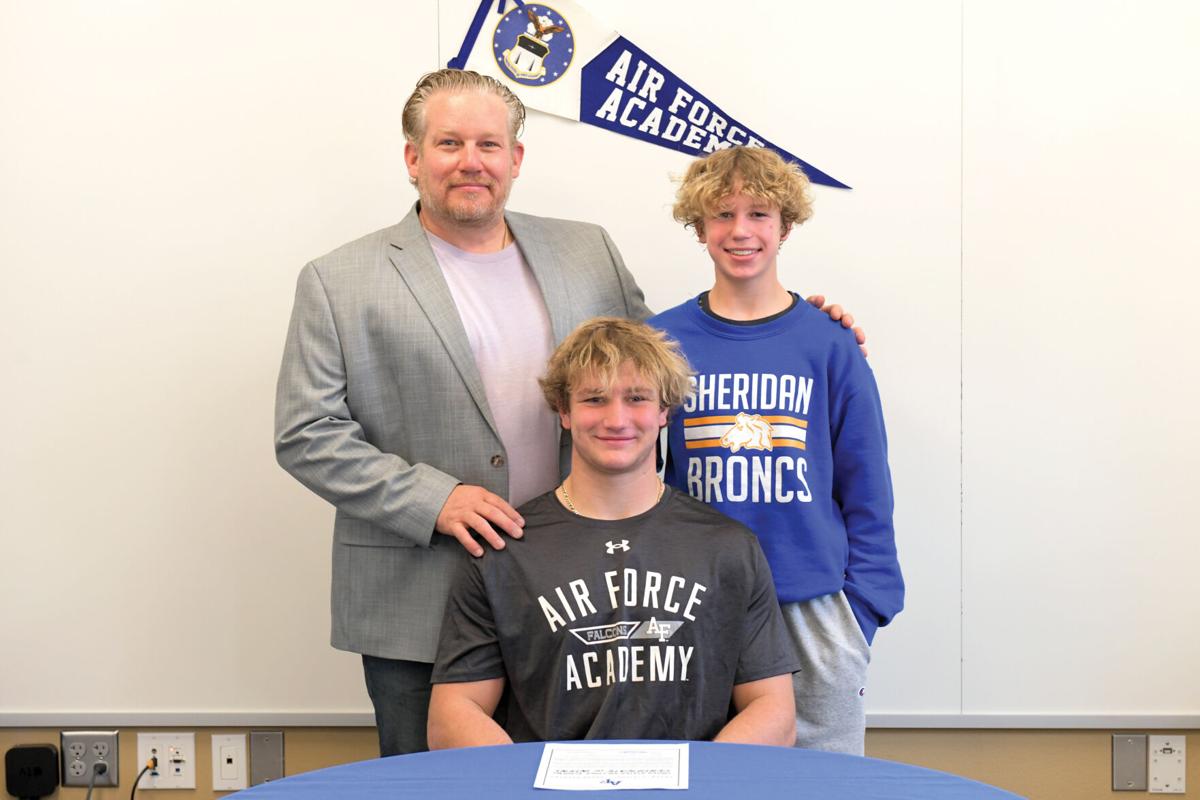 Texas Tanner signs with the Air Force Academy Wednesday, Nov. 10, 2021, at Sheridan High School. Tanner will compete as a thrower on Air Force's track and field team beginning next year.

SHERIDAN — Texas Tanner shocked the U.S. Air Force Academy track and field coaches. So much so, they just had to have him.

Wednesday, Tanner officially signed to study and compete as a thrower on the track team at Air Force after he graduates from Sheridan High School next spring.

“It’s been my dream school since I can remember,” he said. “I have many family members that went there, and it’s somewhere I could call ‘home.’ Their campus draws me into it. It’s super cool, and all the academics there are exactly what I want to go into in life. I just want to go somewhere where I could help lead my country and serve it to the fullest.”

But even though he dreamed of attending Air Force, he imagined it would be in a slightly different fashion. He originally intended to play football there.

He looked at other Division I options, too, spending last June making football visits to places like Air Force, the U.S. Naval Academy, Montana and Fresno.

He also traveled to a track and field camp hosted by Air Force. He said he simply wanted to improve his discus and shot put throwing for his Sheridan track seasons this school year.

But when he threw in front of the Air Force coaches at the camp, they were blown away. Air Force throwing coach Dana Lyons told Tanner he was out-throwing some of her varsity throwers, and he wasn’t yet a high school senior. Lyons has stayed in consistent communication with Tanner since.

“I was informed about a month ago on a phone call that Texas was their No. 1 recruit across America for the incoming class of 2022,” Tanner’s father, Craig Tanner, said. “Because as a true freshman, he could score in three events for them, which no other recruit they’re after this year could do that for the team.”

Tanner said he immediately clicked with the track coaching staff and has another visit to Colorado Springs scheduled for Dec. 2.

He doesn’t know exactly what he wants to study in college yet, but he’s thinking about something in the medical or engineering field.

He does have a sport-related idea, though.

“It’d be pretty cool to go to the Olympics,” Tanner said. “I’m not going to lie. That’s a goal of mine.”