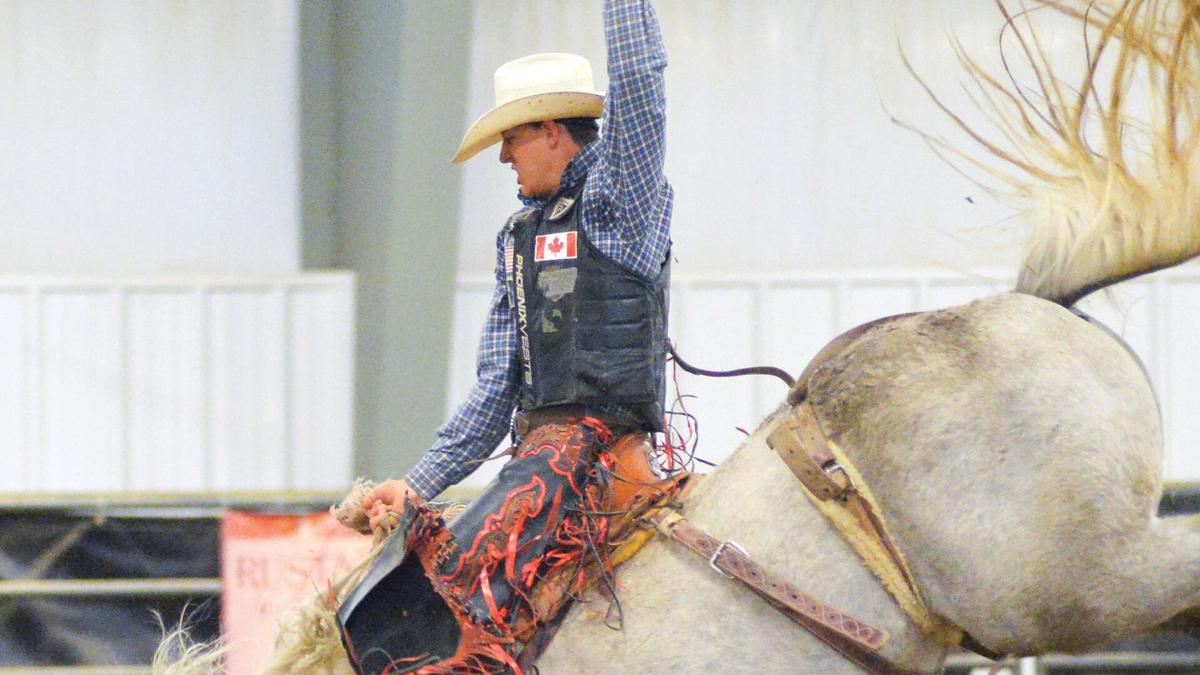 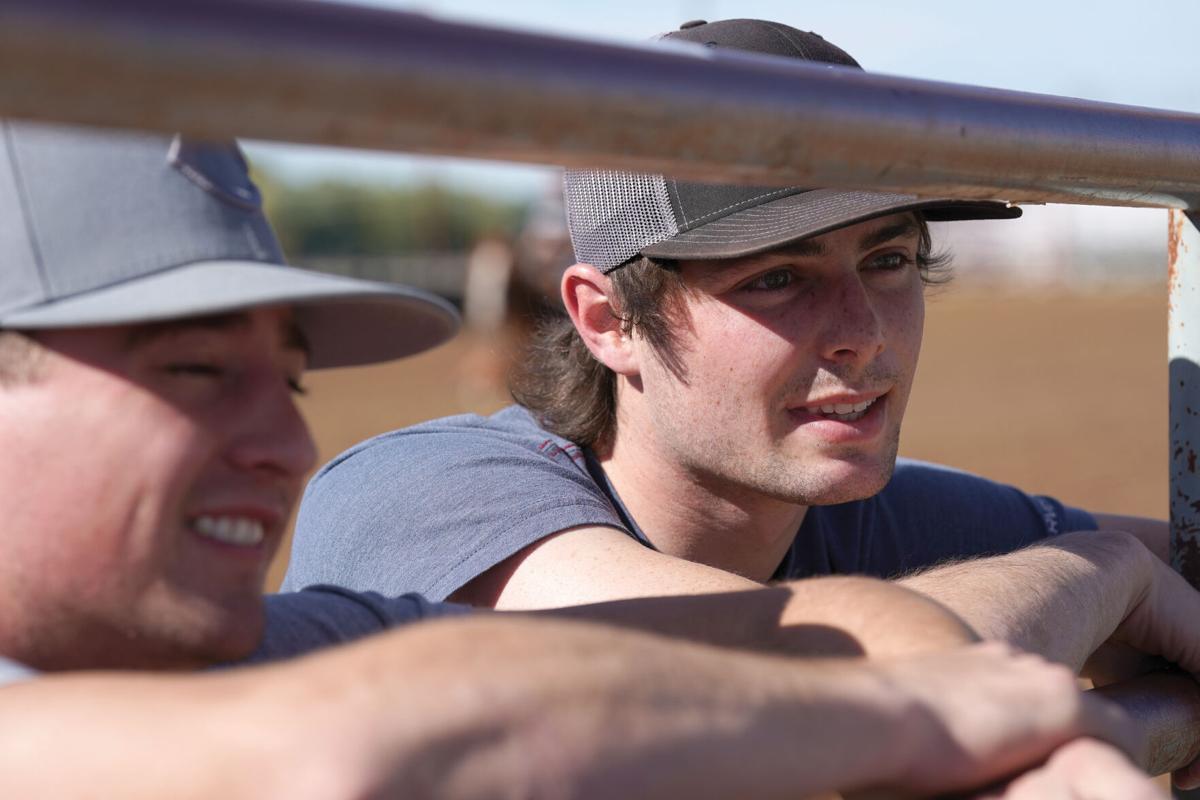 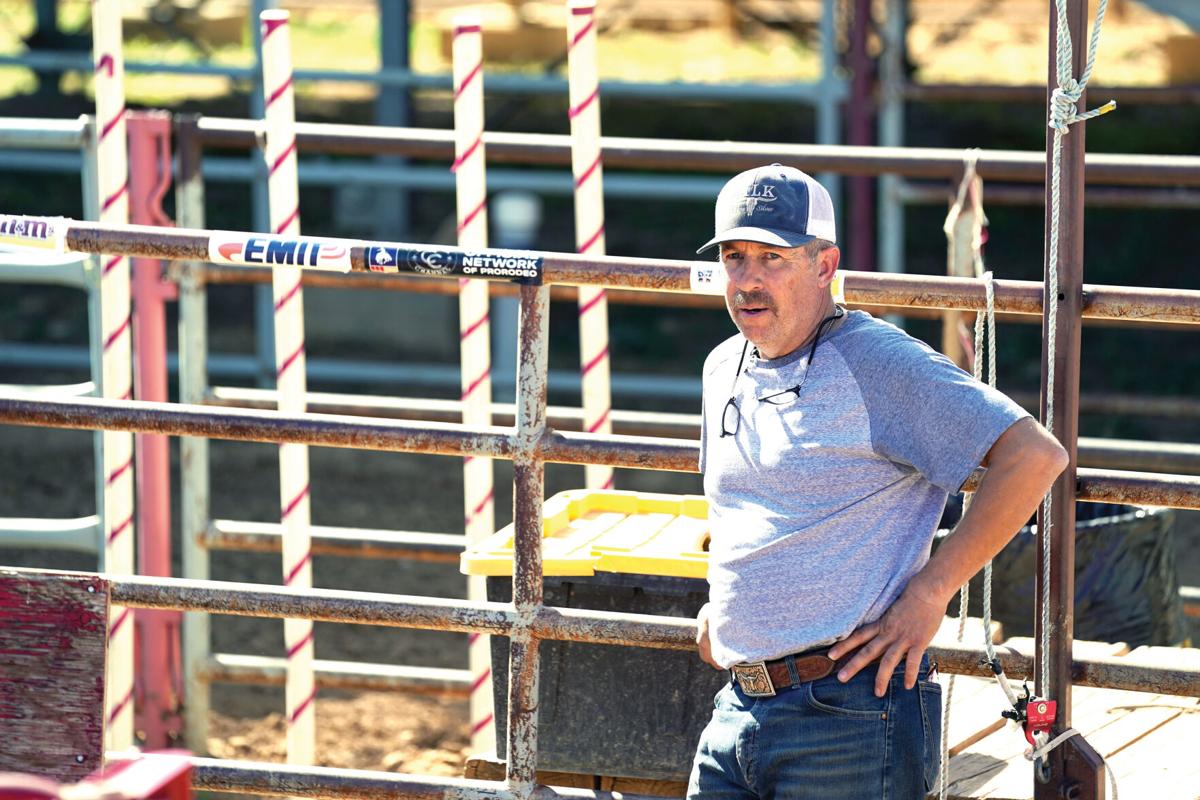 Sheridan College head rodeo coach Marc Gilkerson watches his team at practice Wednesday, Sept. 22, 2021, at the Sheridan County Fairgrounds. He has coached the Generals for 13 years. 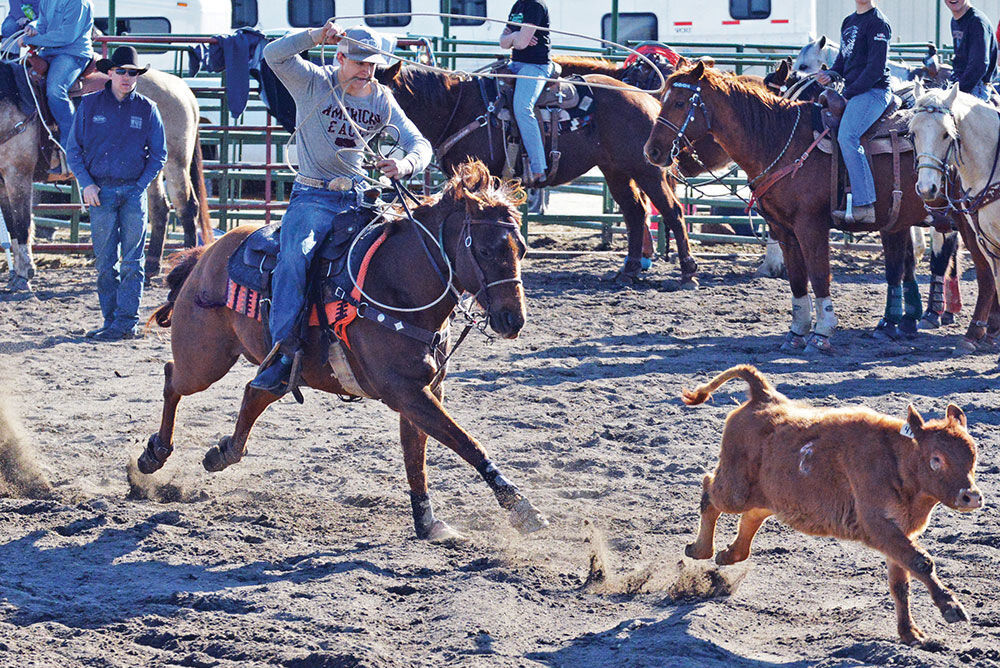 Zeke Thurston runs down a calf during practice at Sheridan College in spring 2013.

Sheridan College head rodeo coach Marc Gilkerson watches his team at practice Wednesday, Sept. 22, 2021, at the Sheridan County Fairgrounds. He has coached the Generals for 13 years.

Zeke Thurston runs down a calf during practice at Sheridan College in spring 2013.

SHERIDAN — Marc Gilkerson joked that the only thing he ever had to tell Zeke Thurston at Sheridan College was to go to class.

That, and to lift up his rein while riding a bucking horse.

Thurston did both, following his coach’s instructions for two years before joining the Professional Rodeo Cowboys Association full-time at the start of the 2015 season. Since then, Thurston has won two world titles in saddle bronc riding and currently ranks sixth in the world.

“It’s awesome,” Sheridan College fourth-year bull rider Coby Johnson said. “You get to see the people that come from the same place you do, and they’re doing amazing things like that. It gives you a glimpse into what possibly could be your future. Just because you’re college rodeoing, it doesn’t mean you have to stop at that point. You get people like that to show you there are places to go past here.”

“It makes me really excited,” said Gilkerson, who coached them all during the last 13 years at Sheridan College. “It’s awesome to see guys you’ve had through your program do really well … I tell stories all the time.”

Gilkerson has told his current group of Generals about how Thurston was a natural when he arrived at Sheridan College in 2012.

Thurston followed his now-wife, Jayne, from their hometown of Big Valley, Alberta, Canada, to Sheridan and experienced success right away. But he did learn a valuable lesson.

His first season, he fell just short of winning the season leader spot in the region and made it to the College National Finals. But a poor finish to the year ruined his chances at the season leader, and he claims “I got my butt kicked down there” at the college finals.

“I found out I wasn’t as good as I thought I was,” Thurston, 27, said. “So I went home that summer and kind of revamped some things and put some more effort in.”

The next year, Thurston returned and won the season leader and became reserve champion at the college finals.

“College is a really good stepping stone — the process of it,” Thurston said. “You get 10 chances, 10 rodeos (each school year), and you have to capitalize on all of them.”

That’s where the current Generals find themselves at the moment. After hosting their home Pat Hamilton Memorial rodeo last weekend, they have two rodeos left in their fall season and five more in the spring to show their stuff.

Johnson and third-year bull rider Wyatt Phelps both want to go pro. They entered multiple professional rodeos, including the Sheridan WYO, last summer. They feel ready for the next level — most of the time.

“Some days, you feel like you’re on top of the world,” Johnson said. “Some days, you’re like, ‘Man, I should just hang it up and quit this.’”

But Thurston said that’s what college rodeoing is for. The process. Working hard and tweaking your skills.

Do it well, and you might just set yourself up to be a world champion from Sheridan College.

“It’s an awesome location,” Thurston said. “The town is so supportive of the school. People get behind it. It’s kind of a Western town. It’s known for that, with King’s Saddlery and The Mint Bar. They’ve got that beautiful arena now. They have an outdoor arena. They have access to all those good bucking horses, bulls, roping calves. Marc is there. I would think it’s one place that’s one of the best.”