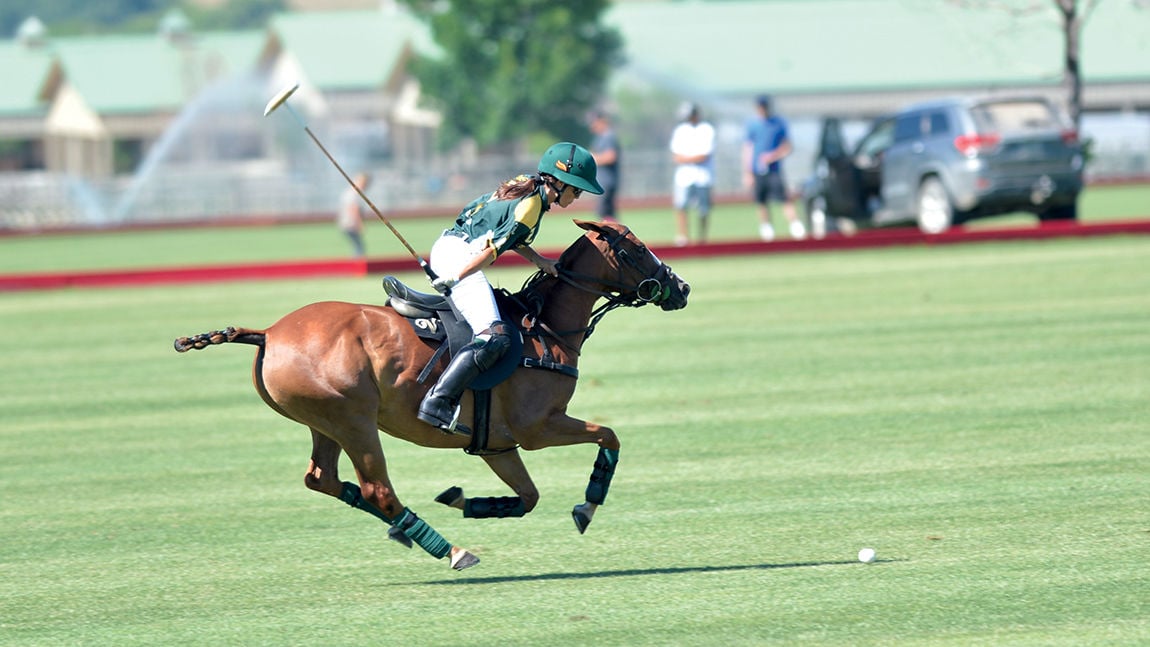 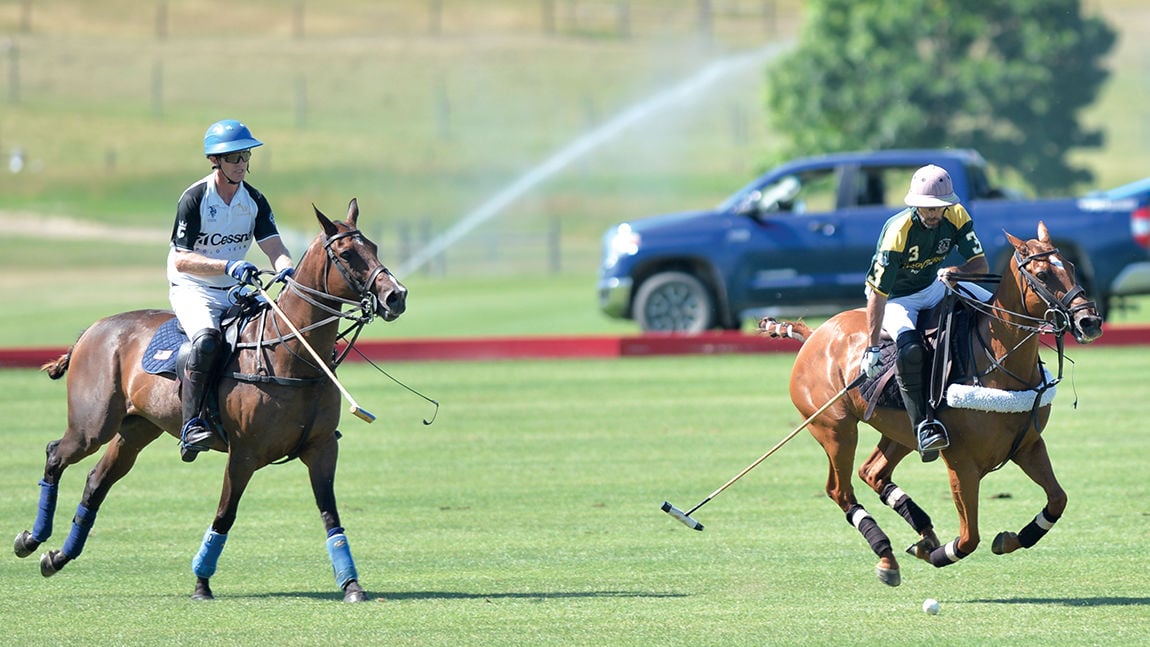 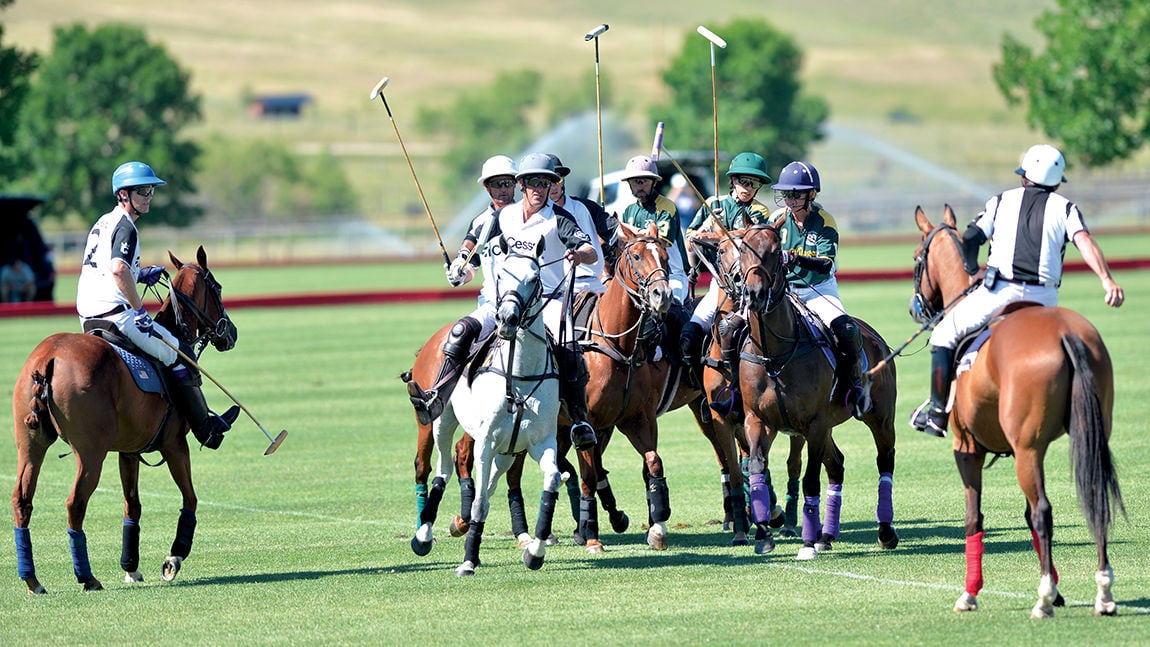 Cessna (white) and Villages (green) jostle for position before a throw-in in the Cloud Peak Cup tournament finals at Flying H Polo Club Saturday, July 11, 2020. Villages won the finals by a score of 14-8. 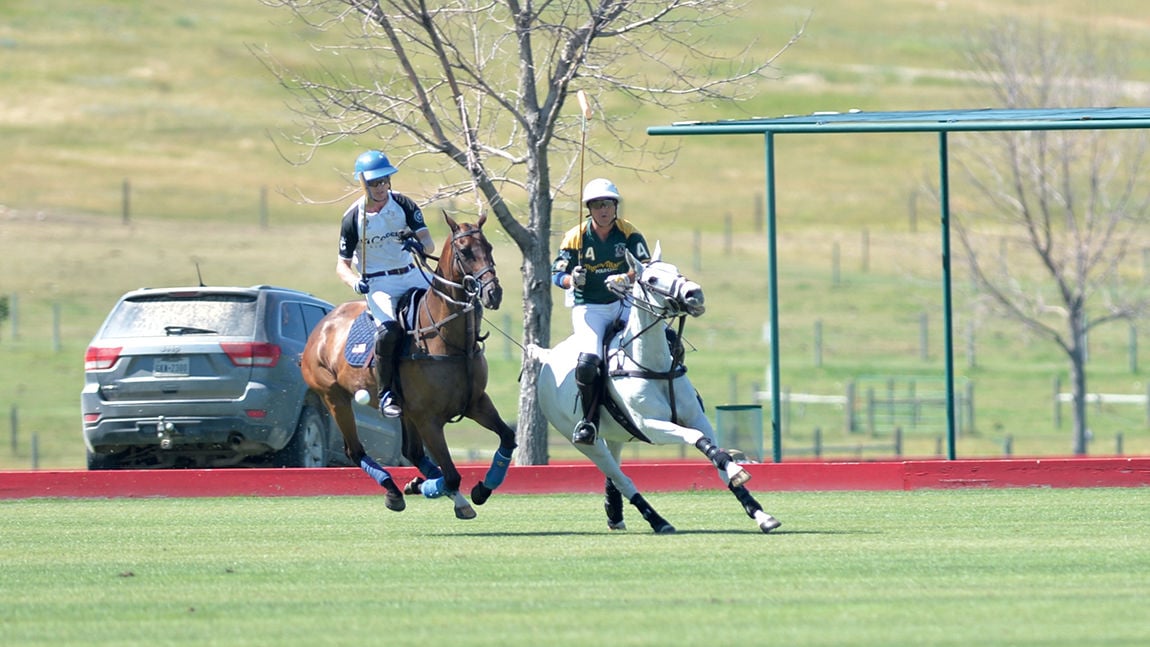 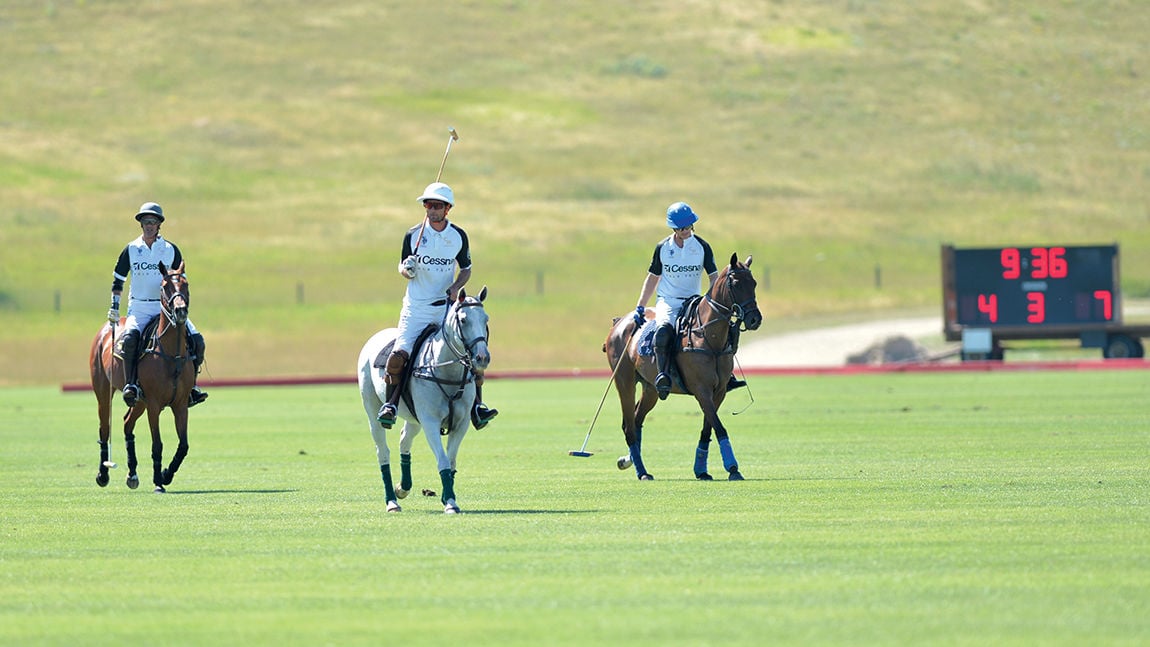 Cessna (white) and Villages (green) jostle for position before a throw-in in the Cloud Peak Cup tournament finals at Flying H Polo Club Saturday, July 11, 2020. Villages won the finals by a score of 14-8.

BIG HORN — The continued chemistry between Fransisco Bilbao and Juan “Pite” Ignacio Merlos coupled with a six-goal performance from Paige Boone and a gritty defensive effort from Roni Duke led Villages to a 14-8 win over Cessna in the Cloud Peak Cup tournament finals at Flying H Polo Club Saturday.

“It was a great win,” Bilbao said of the 3 p.m. match. “In the first half, it felt like we were just warming up and figuring out the game and how to play it. I think it paid off, and we figured it out in the end. It was fun.”

As Bilbao discussed the match, a smile crept to his face, and Boone grinned when describing her MVP-worthy performance.

“It was amazing [to be named MVP],” Boone said. “The team as a whole just worked really well together, which, you never know because you get a new team every week. … We just gelled, and my horses were incredible today, so that made it easy.”

Flying H’s season is structured so riders come to the club in pairs for the summer and form new teams for each week’s tournament.

Villages first played together last Thursday, defeating Bendabout 11-9, while Cessna beat Clearwater 10-9 later in the afternoon. Both teams participated in a shootout Friday that determined they would face off in the finals.

As both teams were handicapped at 13, the championship match started evenly and was tied 3-3 through two chukkers.

Facing a similar situation as the one it played through on Thursday — a close, tied game in the first half — Villages drew upon its experience and relied on its communication to edge past Cessna in chukker no. 3.

“I think we learned a lot as a team from Thursday about how to play with each other,” Boone said. “Again, we got off to a slow start and [Cessna] came out guns-ablazing. Those guys are tough, but then we just slowly built momentum, and it just got easier and easier it felt like for us as a team.”

The teams traded early third-chukker goals before Boone scored off a penalty and Merlos and Bilbao added a goal apiece to build a 7-4 Villages lead.

Cessna routinely switched its hitter and forced Villages to adjust to what Boone called a “tricky” and “smart” strategy. Villages played through its confusion, often shouting who needed to cover which Cessna player, and scored four goals to Cessna’s one in the fourth chukker to make it 11-5.

Both teams added three goals during the rest of play, but Villages’ six-goal lead proved insurmountable for Cessna. The final horn blew and signaled the 14-8 victory for Villages.

“When you find teams like this, you want to keep playing [together],” Bilbao said. “But that’s the fun of the place like this — you switch and get to play with everybody.”

Bendabout beat Evergreen by the same 10-9 score in the 1 p.m. game, and Bendabout’s Gillian Johnston finished with five goals.