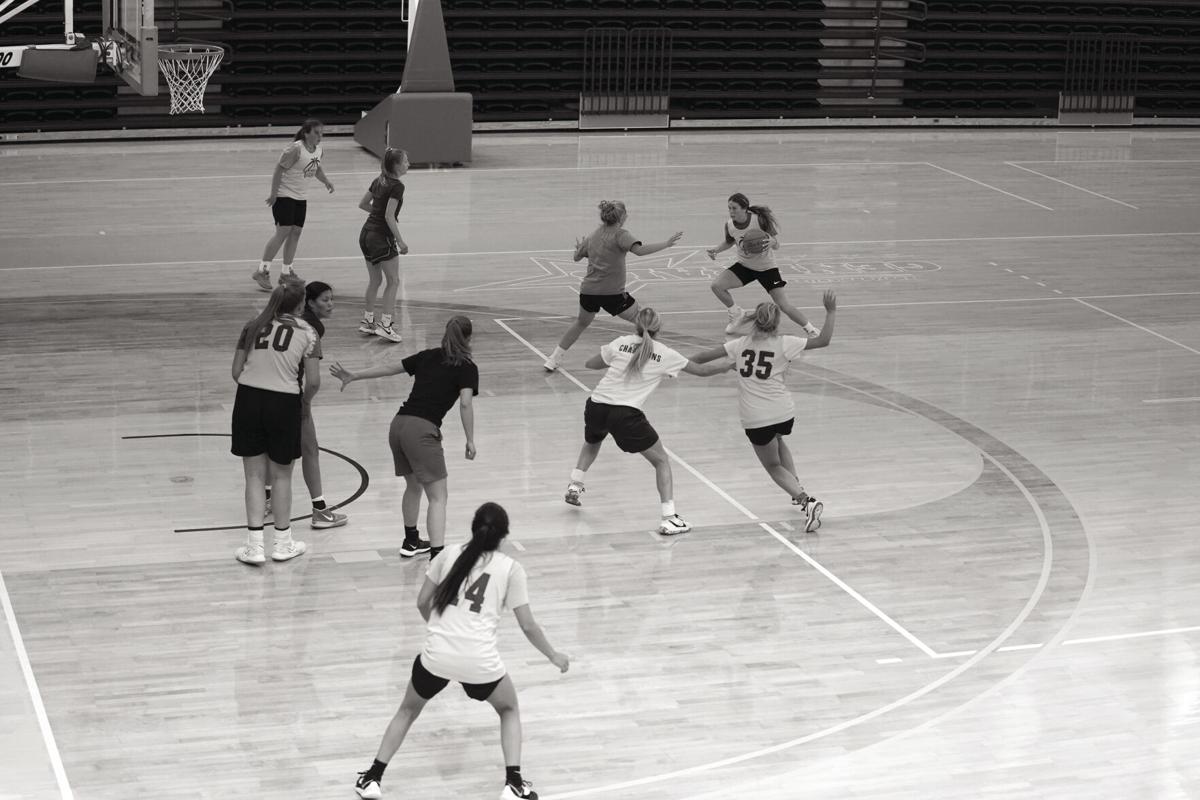 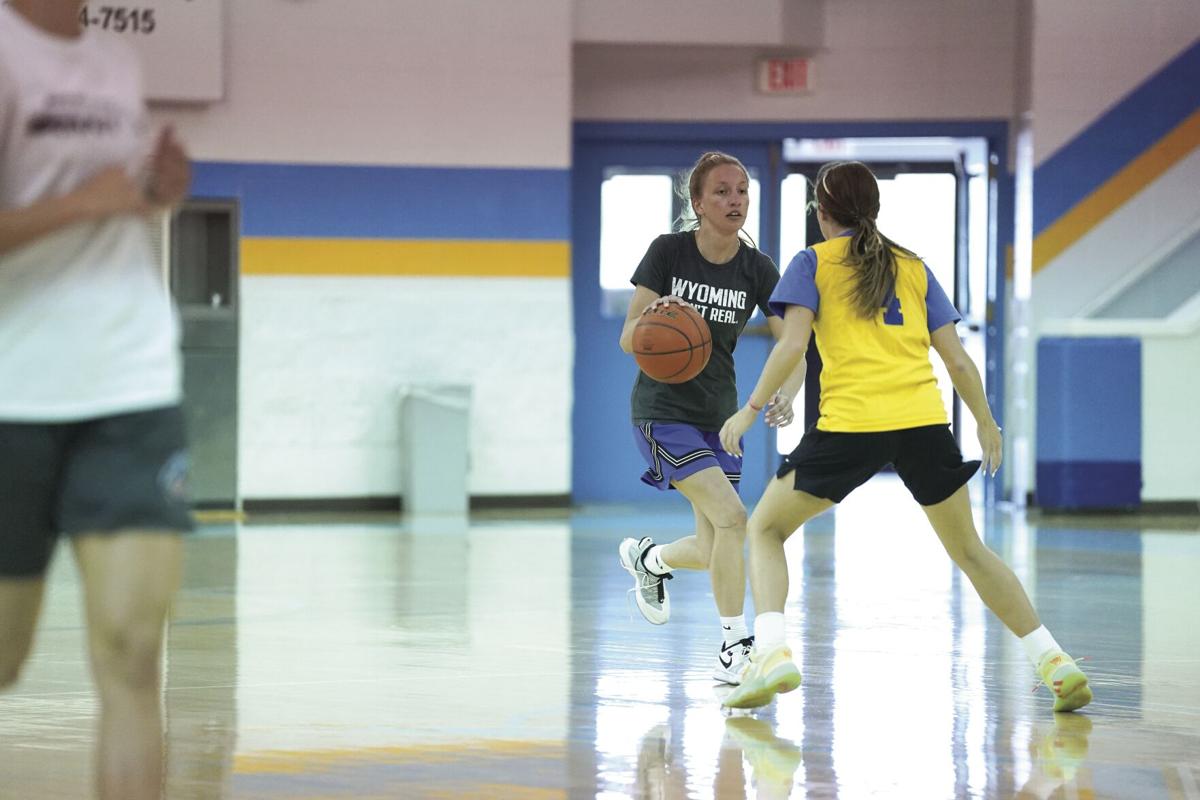 Sheridan's Annie Mitzel brings the ball down court during a scrimmage at practice for the Wyoming All-Star girls basketball team at the Bruce Hoffman Golden Dome Wednesday, June 9, 2021. 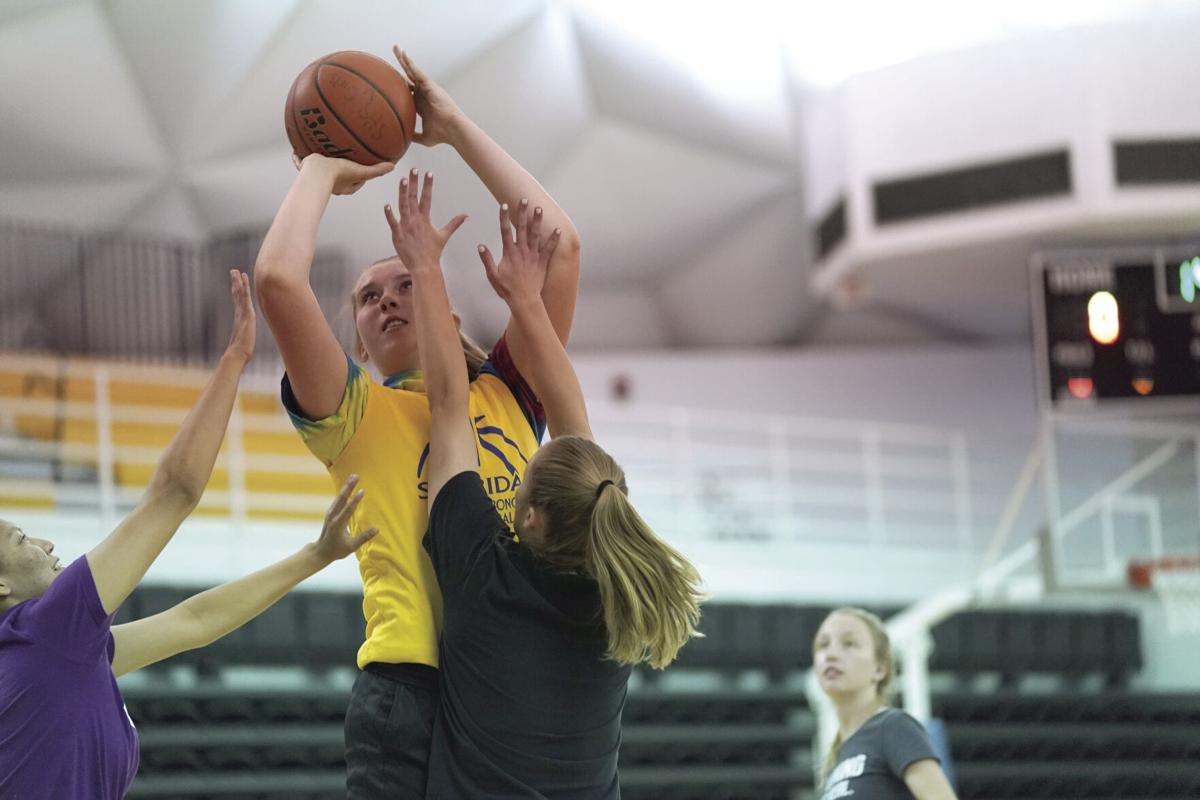 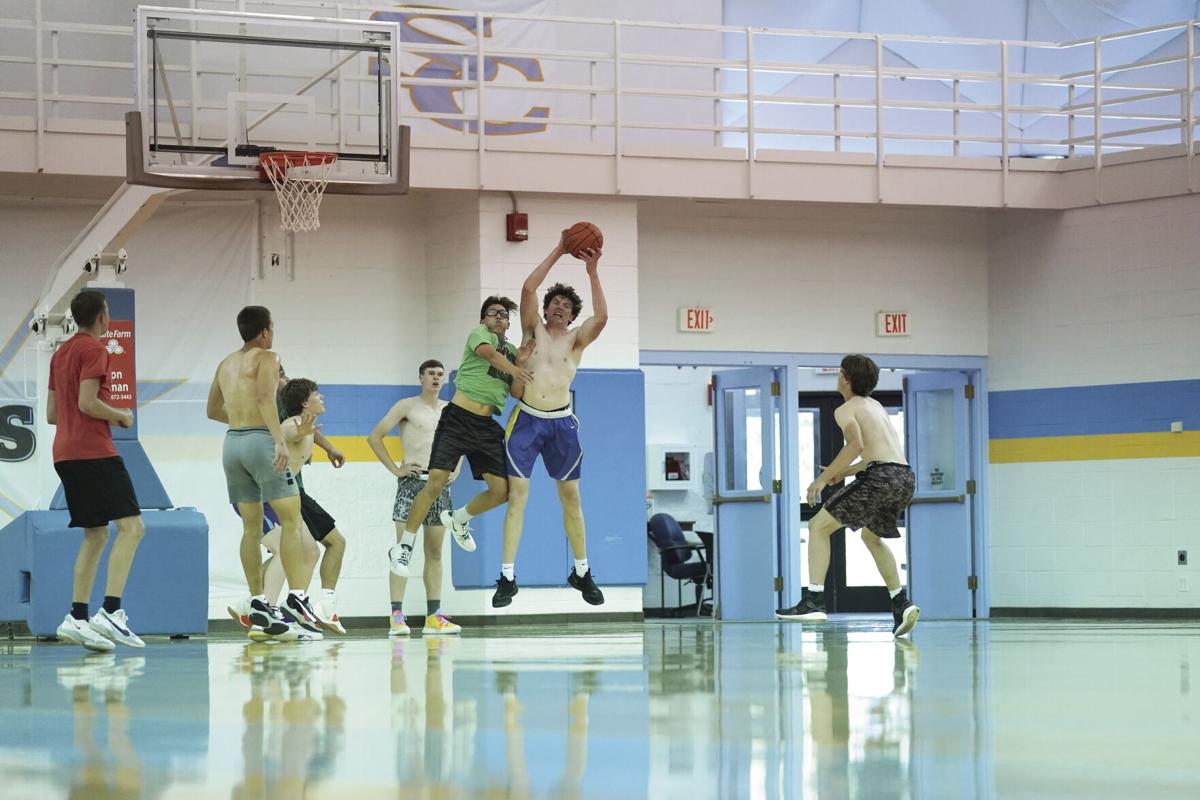 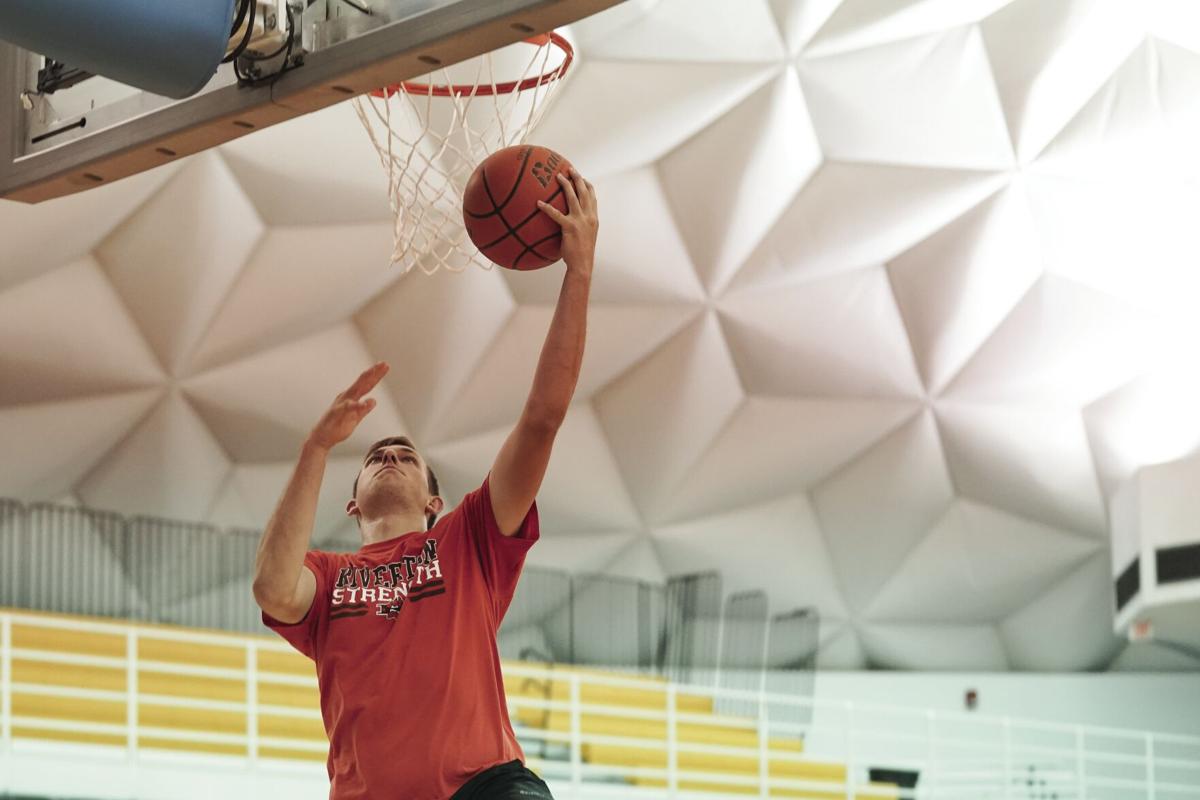 Jared Lucas goes up for a layup during practice with the WYO All-Star team Wednesday, June 9, 2021.

Sheridan's Annie Mitzel brings the ball down court during a scrimmage at practice for the Wyoming All-Star girls basketball team at the Bruce Hoffman Golden Dome Wednesday, June 9, 2021.

Jared Lucas goes up for a layup during practice with the WYO All-Star team Wednesday, June 9, 2021.

Mitzel, a Sheridan native, has gone to a Wyoming-Montana game at Sheridan College’s Bruce Hoffman Golden Dome before and was disappointed she couldn’t attend last year after COVID-19 canned the event.

But even she is shocked at what she’s learned about the series since being selected as an All-Star last month.

“It’s a really big deal talking to a lot of the old-timers in Sheridan,” Mitzel said. “I didn’t realize it was as big of a deal as it is, so it’s really exciting.”

The Wyoming All-Stars host Montana Friday evening at the Bruce Hoffman Golden Dome. The girls tip off at 5:30 p.m., and the boys play at 7:30 p.m. The next day, the teams travel to Lockwood High School in Montana to complete the two-game annual series, following the same start times.

Both Montana teams have dominated the series, lately and all-time. The Montana boys have claimed 16 straight (61-27 overall), and the girls have bested Wyoming seven consecutive times (33-13 overall).

They are a group attempting to help Wyoming turn things around.

“We’ve got to get a win,” said Dalton Peterson of Encampment. “Getting selected, it’s our turn to not add to that (losing streak). We’ve got to be the ones to turn it around.

“We want to break it,” Luke Hladky of Campbell County added.

Peterson and Hladky, like Mitzel, know bits and pieces of what the series is all about. Peterson’s sister, Noelle, represented Wyoming in 2019, and Hladky’s brother, Trey, played in 2018.

Martini, who has coached Sheridan High School’s boys basketball team since 2016, competed on the Wyoming All-Star team as a player 21 years ago. He’s been trying to give his current players a sense of what the weekend is like.

“I told them, ‘Me playing in this game a long time ago, this is the weekend that I remember the most,’” Martini said.

Even Sullivan, who just finished his first year as Sheridan High School’s girls coach and has never been involved with the All-Star series, is trying to soak up the experience.

“It’s awesome that they get to actually do this, so just being able to have girls from Wyoming and Montana actually play in it this year is just going to be cool with where we left off two years ago,” Sullivan said. “I think, obviously, there are a lot of people who’d like to coach it. So just being able to, there’s a ton of value to it. I’m going to learn a ton this weekend.”

While neither team is short on talent, Martini and Sullivan faced the challenge of getting everyone aligned with just a few days of practice. They’re both emphasizing to their players to enjoy the weekend.

“I’m the most excited for the games, of course,” Hladky said. “It’s going to be fun. I want to compete, trying to get us a win.”

“I’m most enjoying just being able to get back in the gym again and actually play,” Mitzel said. “It’s been a while. I’m most looking forward to playing in Sheridan. It’s awesome. It’s an honor to play this game, but it’s another to play at the All-Star game in Sheridan.”

So what does Martini remember most about participating in the All-Star series?

“We beat Montana twice,” he said. “That’s what I remember most.”

This year’s Wyoming teams have their shot Friday and Saturday.