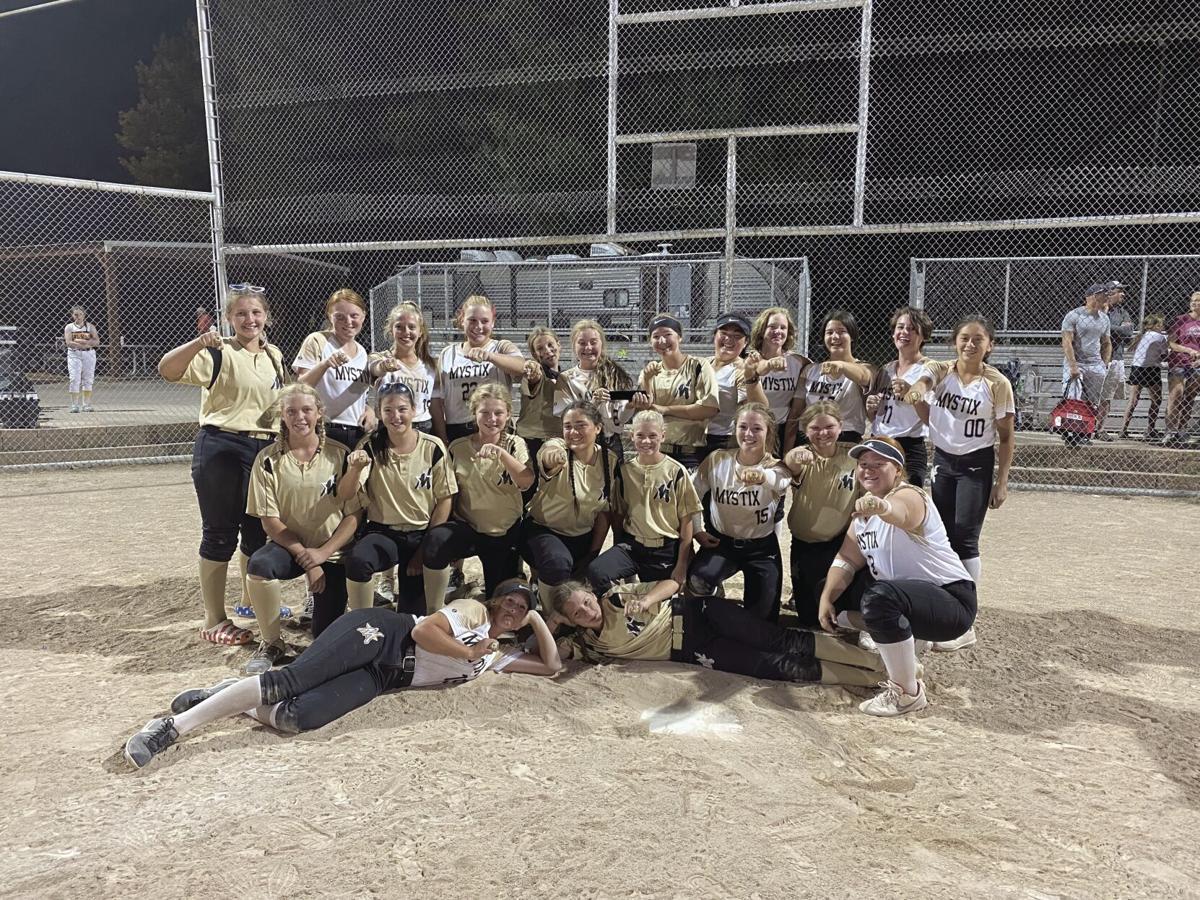 The Wyoming Mystix 12U Gold and Wyoming Mystix 14U teams celebrate their victories in Gillette on Sunday, July 18, 2021, at the USA Softball Wyoming State Tournament. The 12U Gold team went undefeated in the tournament, eventually defeating WYCO 9-8 in the title game. The 14U team finished 6-2 for the weekend, defeating Torrington twice Sunday to earn the state title. 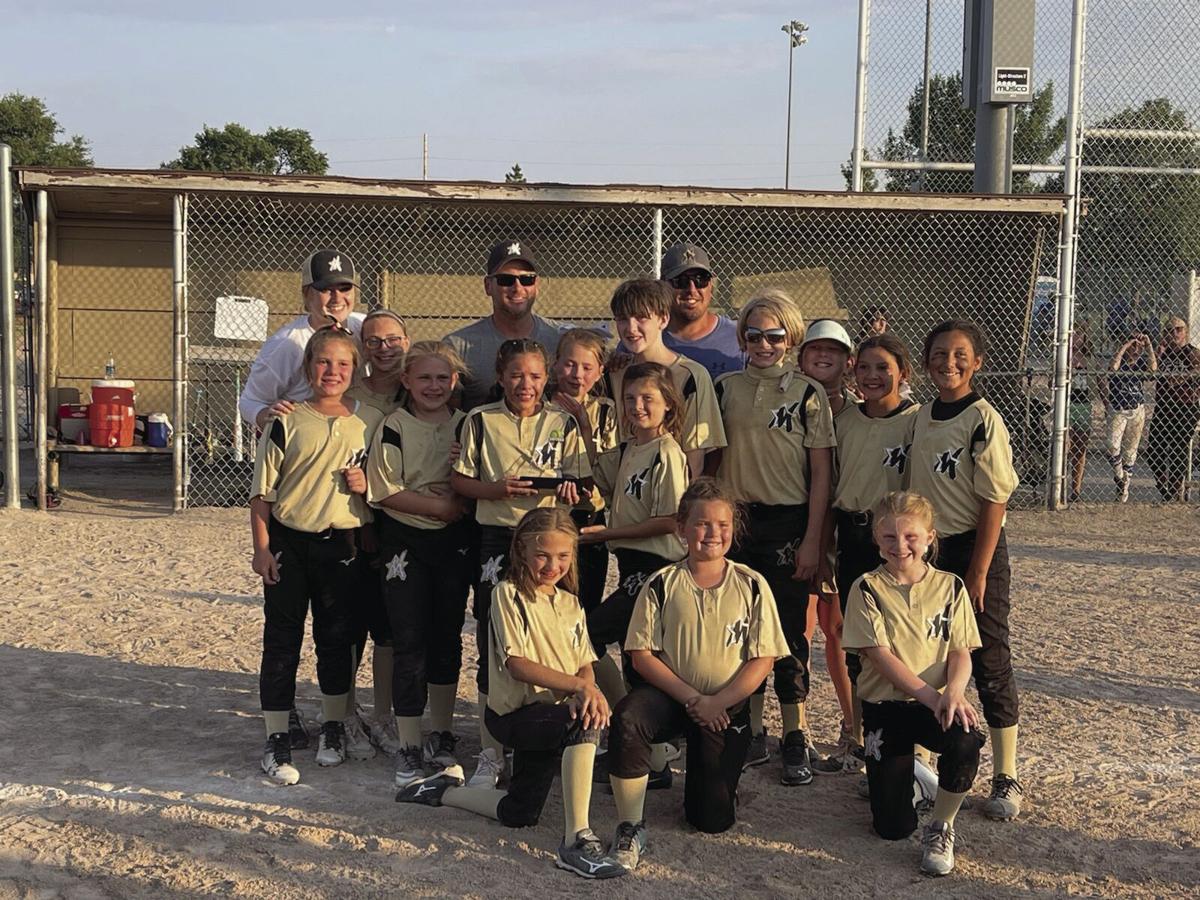 The Wyoming Mystix 10U fastpitch softball team celebrates a second-place finish at the USA Softball Wyoming State Tournament on Sunday, July 18, 2021. The Mystix lost to the Laramie Lightning in the championship after battling back through the consolation bracket to earn a spot in the title game. 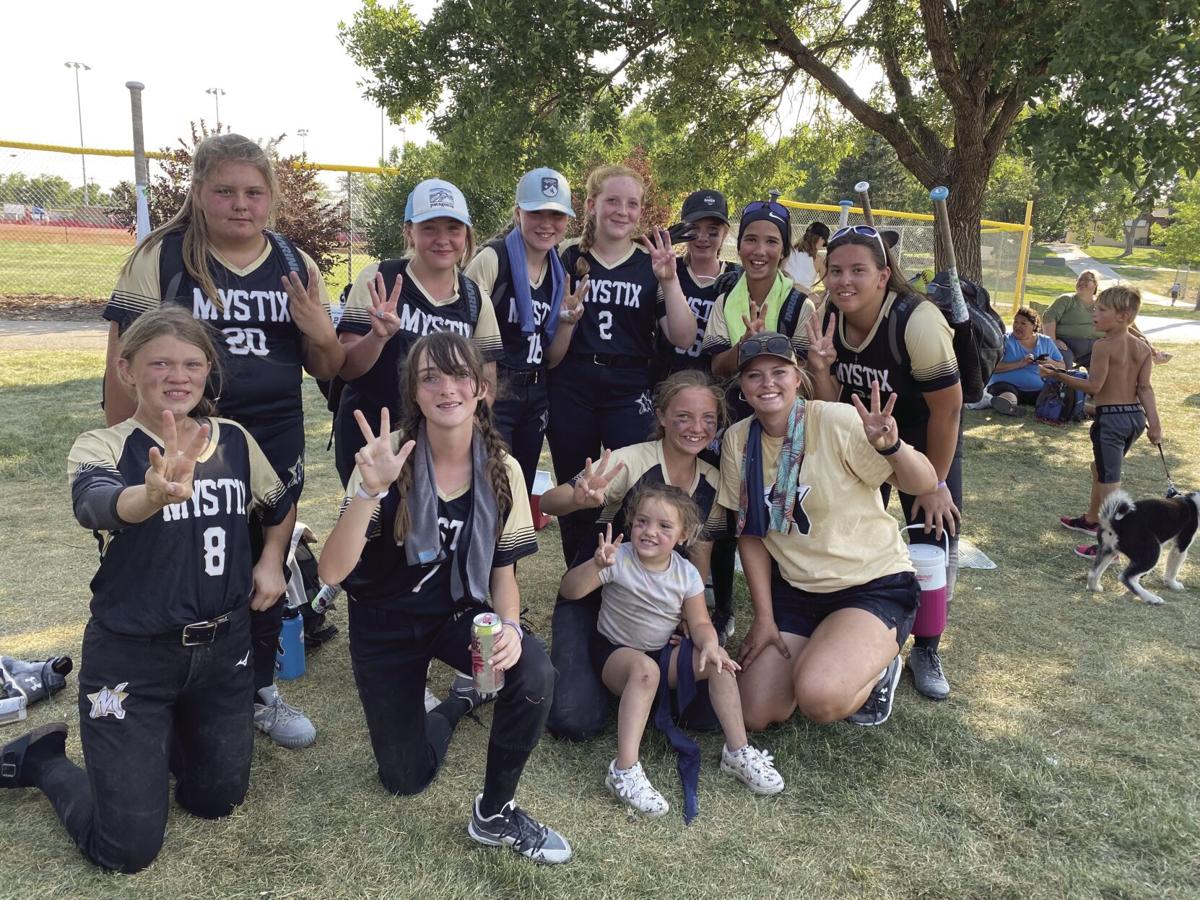 The Wyoming Mystix 12U Black fastpitch softball team celebrates its third-place finish at the USA Softball Wyoming State Tournament on Sunday, July 18, 2021 in Gillette. The team lost to the Laramie All Stars 15-11 in the semi-final game of the tournament.

The 12-and-under Wyoming Mystix Gold team finished undefeated in the 12U B division while the 14U team finished first in the 14U Rec division.

Last year was the first season for the Wyoming Mystix program in northern Wyoming. It fielded one team for girls ages 12 and younger and finished third in the state tournament in that age division.

The 10U team, coached by Bo Biteman, Beth Martini and Robert Marney, finished in second place in the tournament’s 10U B division. The group of girls went 0-2 in pool play and lost the first bracket game, but then won four straight games in the consolation bracket to earn a spot in the championship game Sunday. The 10U Wyoming Mystix lost to the Laramie Lightning in the title matchup.

The 12U Black team went 1-1 in pool play then won its first two bracket games before falling to the Wheatland Lady Lobos and Laramie All Stars Sunday. The team is coached by Hannah Alcorn of Buffalo.

The 12U Gold team defeated WYCO and the Casper Rebels in pool play before winning four straight in bracket play against the Gillette Blue Jays, Gillette Havoc, Laramie Lightning and WYCO. The team scored a total of 98 runs over six games and Emerson Kelley hit three home runs during the tournament.

The 12U Gold team is coached by Shawn Kelley, Chris Meyer, AJ Mock and Erica Mock.

The 14U Wyoming Mystix went 1-1 in pool play then won the first two matchups in bracket play against the Valor Valkyrie and Green River Chaos before falling to the Torrington Thunder 9-8 in the double elimination tournament. The Mystix responded with another win against the Valor Valkyrie in the consolation bracket to set-up the championship games against Torrington.

The 14U Mystix had to defeat Torrington twice to earn the title. In the first game of the finals Sunday, following a lightning delay, the Mystix defeated the Thunder 23-7, then in a full seven innings earned the state title with a 13-7 victory.

“I’m so proud of how these girls came together in their last tournament of the season to earn some big wins,” 14U Wyoming Mystix coach Kristen Czaban said. “They played together, played for each other and each and every girl on that roster contributed.”

The 14U coaches also include Allen and Jessica Price and Shawn Lewallen.

Czaban added that one of the most exciting things about the state tournament included girls from across the Mystix program showing up to cheer each other on when they weren’t playing at the same time.

“That’s the difference between having a team and having a program,” Czaban said. “Our goal is to build the sport of softball in northern Wyoming, and this weekend was proof that it’s working. I’m so grateful to all the coaches who dedicated time to the sport and the girls, and thankful for the parents who trusted the coaches and the process. The success of the weekend is shared by all involved in the Wyoming Mystix.”

The Wyoming Mystix will conduct tryouts for the 2022 season in August.