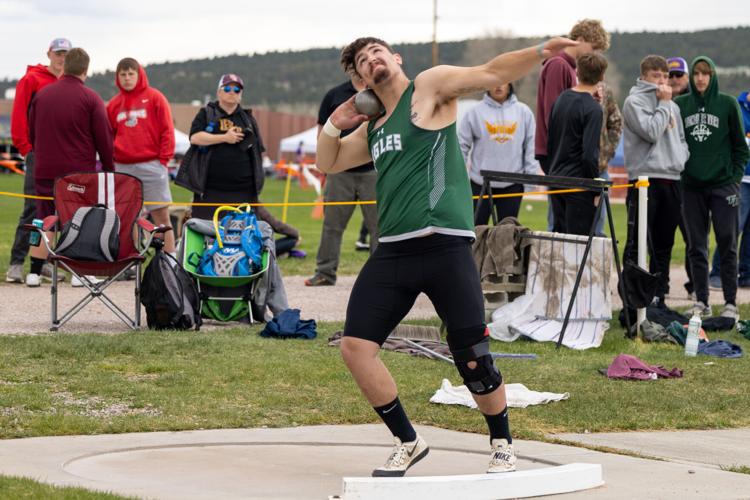 Jacob Knobloch won the shot put with a distance of over 52 feet during the first day of the 1A/2A/3A regional track and field meet in Newcastle Friday. 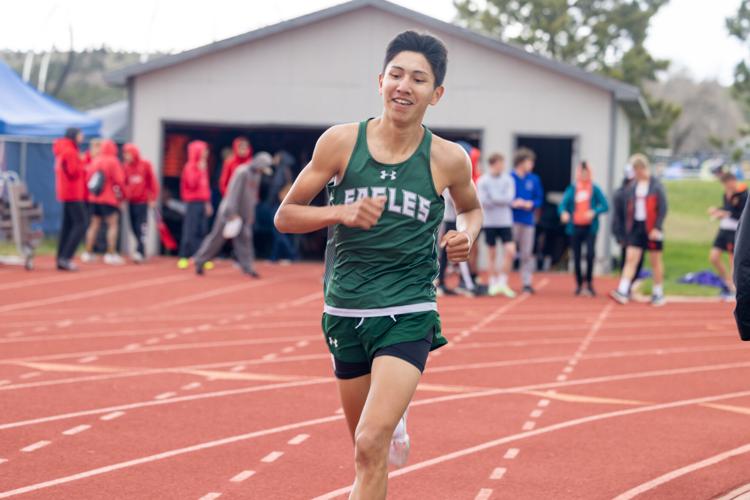 Al Spotted won the 800 meter and 3200 meter races during the first day of the 1A/2A/3A regional track and field meet in Newcastle Friday. The event continues Saturday. 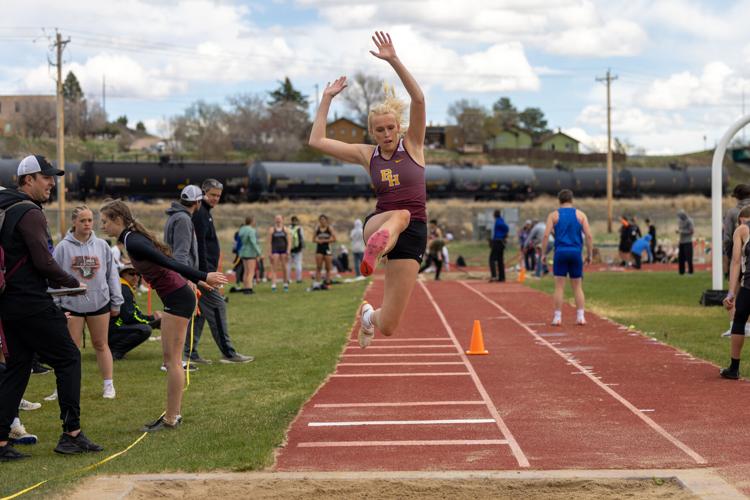 Jacob Knobloch won the shot put with a distance of over 52 feet during the first day of the 1A/2A/3A regional track and field meet in Newcastle Friday.

Al Spotted won the 800 meter and 3200 meter races during the first day of the 1A/2A/3A regional track and field meet in Newcastle Friday. The event continues Saturday.

Several errors in the print edition of the local sports briefs have been updated online. The Press regrets these errors.

SHERIDAN — The Broncs had a particularly strong showing in the first day of the Wyoming 4A East Regionals in Casper Friday, SHS head coach Taylor Kelting said.

“We advanced a lot of kids today to the finals,” Kelting said. “The boys did a really nice job of scoring points today, and the girls will strive for a better day tomorrow.”

McComb and Kaszas took first and second, respectively, in the 200-meter dash with times of 22.76 seconds and 23.04 seconds.

The 4A East Regional Track and Field Meet continues in Casper Saturday.

SHERIDAN — Both the Sheridan Broncs and Lady Broncs soccer teams emerged triumphant in Friday games in 4A East Regional Tournament.

“The guys played their tails off,” coach Scott Soderstrom said. “I'm so proud of them.”

The Lady Broncs won 1-0 in their matchup against Laramie. Coach Kevin Rizer could not be reached for comment.

DAYTON — While final results were not available at press time, coaches said they were proud of their teams’ performances in the first night of the 1A/2A/3A East Regional Track and Field Meet in Newcastle Friday.

“I was very happy with the team’s performance,” Big Horn High School head coach Kirk McLaughlin said. “We have set ourselves up for a great finals day. This is a great group of kids, and they have really shown up to compete at this meet.”

“We had really strong performances out of all of our groups, and we are getting multiple kids to the finals, which is what we like to see,” Tongue River High School head coach Steve Hanson said.

Among the Big Horn highlights:

Among the Tongue River highlights:

The 1A/2A/3A East Regional Track and Field Meet continues Saturday in Newcastle. Results will be posted online at whsaa.org.

“I am super proud of their effort on a brutal golf day,” Tongue River coach Robert Griffin said. “Winds made it extremely tough.”

“Conditions were tough with 20 mile per hour winds and occasional 40-mile-per-hour gusts,” Big Horn coach Lamont Clabaugh said. “Tomorrow’s forecast is looking a lot better, so I’m hoping we will be back around our average scores (by the end of the tournament.)”

The Eagles are currently first in conference while the Lady Eagles are third, Griffin said.

On the boys side, Braxton Tremain is tied for second with 86 points while Finn Kerns is tied for eighth with 95 points. For the Lady Eagles, Annie Keller leads the way in fifth place with 108 points followed by Rudi Balstad in ninth with 116 points.

Big Horn also had a strong showing, Clabaugh said. Hayden Tellez led the way for the Rams, tying for second with Tremain with 86 points. Ellie Holbrook leads the Lady Rams with 108 and is currently tied for fifth place with Keller.

The tournament resumes and concludes Saturday May 14.